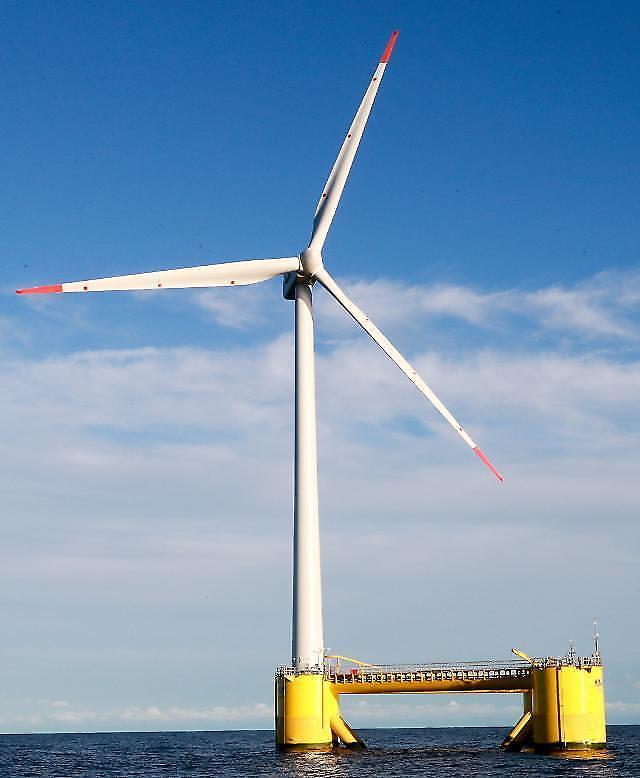 SEOUL -- The southern resort island of Jeju, well known for strong winds, was selected for a government project to commercialize a floating offshore wind farm. Jeju will use energy generated by wind farms to power electric vehicle charging stations and commercial facilities such as convenience stores.

Jeju said in a press conference on March 19 that the island would participate in the construction of an eight megawatt-class floating wind farm with a state fund of 2.7 billion won near a marine research center for operation in 2025. The wind farm will generate electricity, which is enough to power 8,100 households.

"We will create a green energy ecosystem that produces, stores and utilizes clean energy as well as a hydrogen demonstration complex project," Jeju Governor Won Hee-ryong told reporters. He said that Jeju would use strong winds to produce hydrogen for use by power electric vehicles and drones.

Offshore wind farms are capable of generating more energy than wind generators built on hilltops and plain fields. Floating wind farm systems are being researched globally as they do not require as much space as other clean energy power generation facilities. Jeju said the floating wind farm would generate about two billion won worth of electricity sales every year.

Jeju also revealed a 22 billion won smart city hub development project. An area near Jeju International Airport will be converted into a smart city that houses charging stations for electric vehicles and a landing zone for drones. The smart city hub and the offshore wind farm would be interlinked so that renewable energy will be used to power the smart city block.