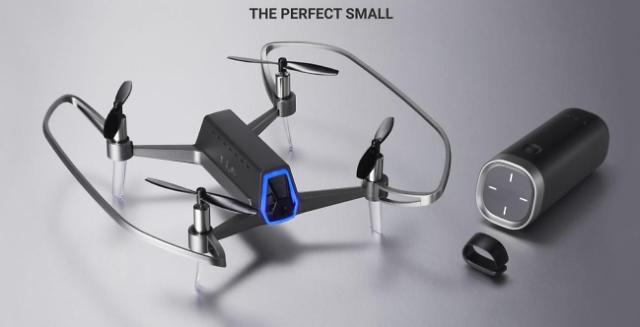 SEOUL -- Gangwon, a mountainous, forested province bordering North Korea, has joined a government campaign to establish a hydrogen ecosystem in South Korea by unveiling a project to develop unmanned drones for special purposes based on liquefied hydrogen. The province aims to produce a drone taxi prototype for flying tests in 2022.

The province signed a business agreement on March 22 with Gangwon Technopark, a state agency in charge of technology development, and TIE (this is engineering Inc.), a drone and robotics company, for an urban air mobility (UAM) project to develop drone taxis. With an injection of 7.1 billion won ($6.3 million), they would first produce a two-seater prototype with a speed of up to 200 kilometers per hour and a flying distance of more than 50km.

Gangwon Province Governor Choi Moon-soon thinks that special-purpose drones can be used for disaster patrols, communications, lifesaving and emergency medical care. "Starting with the development of a liquefied hydrogen UAM prototype, we are trying to secure technical skills in the special purpose drone field," he said.

Liquid hydrogen is essential in a government campaign to adopt hydrogen fuel cells and electric batteries as mainstream fuel in the future. The advantage of liquefied hydrogen is its high density compared to compressed gas, which means that more energy can be contained in a given volume for easy transportation.

The range of multi-copter drones is limited due to their relatively short battery life. Hydrogen fuel cell drones with an extended flight time could become a game-changer in the global market for unmanned flying systems. Doosan Mobility Innovation, a drone solution provider in South Korea, has been involved in a government project to supply hydrogen fuel cell drones for military use.