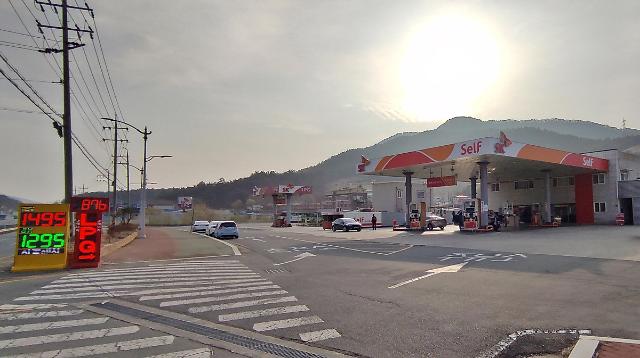 SK Gas and E1 signed a business agreement with the Environment Ministry on March 23 to establish complex charging stations for hydrogen and liquefied petroleum gas (LPG) in Seoul and adjacent areas. LPG fuel had been allowed just for taxis, rental cars and vehicles for disabled people. In 2019, the government eased regulations, leading to an increase in sales of LPG-powered vehicles.

"This year is a critical time to expand charging stations in Seoul and neighboring areas to create a turning point for expanding the supply of hydrogen vehicles," Environment Minister Han Jeoung-ae said in a statement. "We will actively discover and support these types of projects to greatly expand the charging infrastructure of hydrogen cars and solve the inconvenience of charging."

Because of eco-friendly characteristics, fuel cells are considered the next-generation renewable power source, but fuel-cell vehicles are still not popular in South Korea mainly due to the lack of charging stations. The installation of hydrogen charging stations in populated areas is still difficult due to public safety concerns. To boost the use of fuel cells, the government plans to produce 6.2 million hydrogen-fueled cars and install 1,200 hydrogen charging stations by 2040, along with state subsidies to hydrogen taxis and buses.