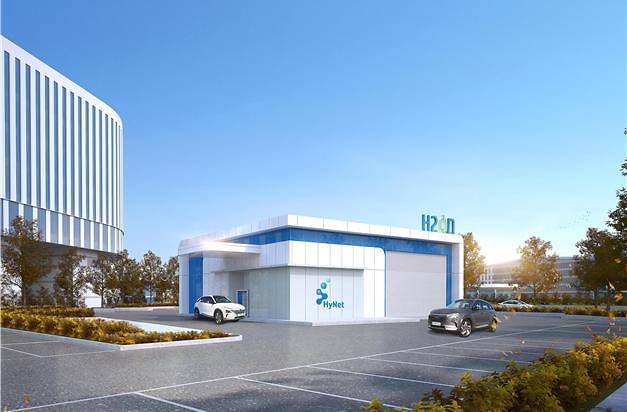 [Courtesy of the Ministry of Trade, Industry and Energy]

SEOUL -- To transform its old transport hub infrastructure based on fossil fuels into an eco-friendly one that uses hydrogen fuel, the southern port city of Ulsan will build a big hydrogen fuel charging station for freight trucks.

Ulsan, which serves as the transport hub of South Korea's southeastern region, said in a statement on March 29 that it signed a memorandum of understanding with the Korea Hydrogen Industry Association (KHIA) to inject some 5.7 billion won ($5 million) into the construction of a hydrogen fuel charging station for freight trucks.

KHIA consists of 170 partner companies and organizations including Hyundai Motor and Hyosung Heavy Industries. The charging station will be built over 1000 square meters of land by February 2022. "Ulsan has decided to build a large-capacity hydrogen fuel charging station in order to become the country's leading hydrogen economy city," Ulsan Mayor Song Cheol-ho was quoted as saying.