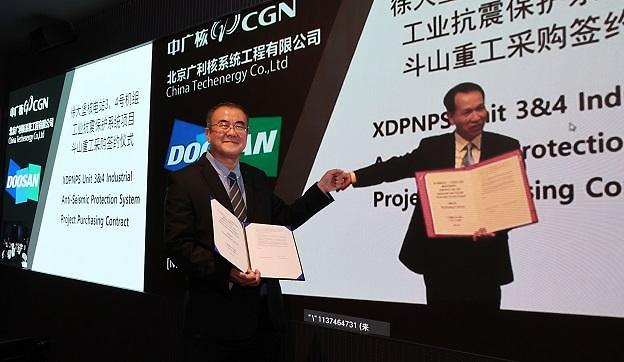 Doosan Heavy said it has signed a contract with China Techenergy (CTEC), a subsidiary of China General Nuclear Power Group, a state-owned energy corporation, to supply an industrial anti-seismic protection system, which is a key component of the so-called man-machine interface system.

Nuclear plants are designed to withstand seismic activity. An anti-seismic protection system is a major component of the neural network that detects earthquakes and automatically stops reactors.