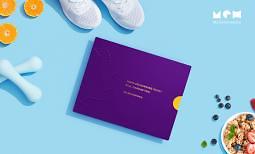 
SEOUL -- Macrogen, a biotech company and expert in genomic analysis in South Korea, has secured state approval to go ahead with direct-to-consumer genetic testing that provides people access to their genetic information without necessarily involving healthcare providers or health insurance companies.

Genetic testing is done through healthcare providers who collect and send DNA samples and share test results with patients. Direct-to-consumer (DTC) genetic tests are marketed directly to customers and the tests can be bought online or in stores. Customers send DNA samples and receive results directly from a secure website or in a written report.

Macrogen said it has been allowed by the Institutional Review Board (IRB) to start a demonstration study on DTC genetic tests for 13 diseases. IRB is an administrative body established to protect the rights and welfare of human research subjects recruited to participate in research activities. Previously, DTC genetic testing in South Korea has been limited to wellness and health management items such as nutrition, exercise, skin and hair, diet, and personal traits.

"We will provide persistent customized care guides and expert consultations based on healthcare platforms as well as analysis results," Macrogen CEO Lee Su-kang said in a statement on April 6. Macrogen will recruit participants within the first half of 2021 and study lifestyle changes and disease prevention effects for six months.

"Macrogen will contribute to opening a new market for the domestic genetic analysis industry by establishing data that can prove the usefulness of disease prediction genetic testing through this special demonstration project," Lee said.

Macrogen is involved in a state pilot project to establish big data in biology as part of the so-called K-DNA project to support the development of new drugs, medical device products and the digital healthcare industry. The two-year project calls for the establishment of clinical information and genomic data about more than 20,000 people. Big data in biology helps to explore the role of data-driven analysis for reaching logical conclusions to solving biological problems.

In February, Lifex Biolabs, an American pharmaceutical research company, agreed with Macrogen to develop Parkinson's disease treatment. Lyfex uses a candidate material introduced by the Nanyang Technological University in Singapore as a biomarker related to Parkinson's disease, which is a progressive nervous system disorder that affects movement.