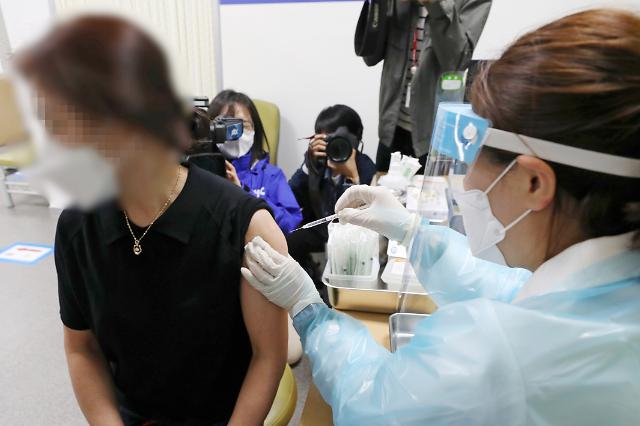 SEOUL -- SK Bioscience will start producing a protein-based vaccine developed by Novavax for domestic use in June under a technology transfer deal with the American vaccine development company, which has promised to provide doses for 20 million people in South Korea.

SK Bioscience, a partner for South Korea's state project to develop COVID-19 vaccines, agreed to produce the antigen of the Novavax vaccine and maintains a production partnership with AstraZeneca PLC, a Swedish-British pharmaceutical company. AstraZeneca's vaccine was the first to be introduced in South Korea.

"We have secured raw materials for (Novavax) vaccine production in the first half of this year," President Moon Jae-in said in a COVID-19 conference on April 12. "We have a foundation for the stable supply of vaccines produced by our company," he said, adding Novavax vaccines would be released in June.

SK Bioscience is ready for Novavax vaccine production through technology transfer, Moon said. "The securing of a base for vaccine production at home is greatly helping to overcome uncertainties in the supply and demand of vaccines."

South Korea aims to purchase foreign vaccines for 79 million people, which are enough to vaccinate the entire population of 51 million. However, health officials admit there had been a temporary setback in securing raw materials from Novavax. Health and Welfare Minister Kwon Deok-chul said there would be no further delay in the supply of raw materials.

"We have been holding relay meetings with related industries since last week to ensure a stable supply of vaccines," Kwon said. "We will make every effort to prevent any disruptions in the attainment of collective immunity through vaccination by November."