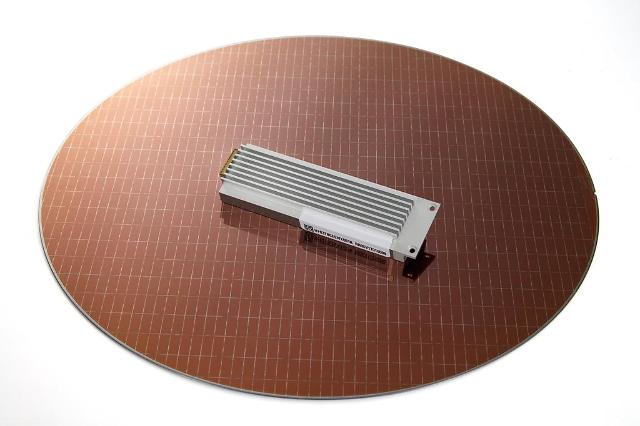 SEOUL -- Targeting the global data center market, South Korea's chipmaker SK Hynix has started the mass production of a high-performance solid-state drive (SSD) model which is up to 83 percent faster in writing data than its predecessors.

SK hynix said in a statement on April 15 that "PE8110 E1.S" is a 128-layer 4D NAND flash-based high-performance SSD model that consumes less electricity and can write a four-gigabyte high-definition movie file in a second. The new SSD is instantly recognizable by a server and has a better structure for releasing heat. SK hynix offers a five-year customer service instead of three years to help customers reduce operating costs.

The global data center market's demand for SSDs has reached its highest ever point because up to 30 percent of the world's internet traffic is based on cloud computing that needs high-performance data center hardware. Also, renewable energy sources being adopted at data centers force operators to choose the device that does not consume as much power as its hard drive brothers.

According to IDC, an international market research firm, the global corporate SSD marker is rapidly growing at an annual average of 21.5 percent to reach $251 billion in 2026.