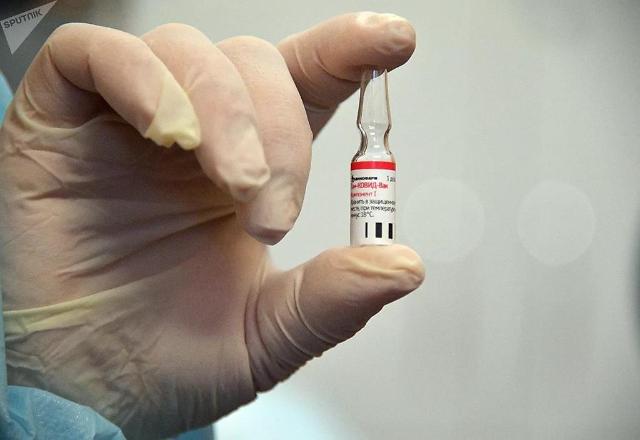 SEOUL -- The pilot production of Sputnik V, a COVID-19 vaccine developed by Russia's state research center, is to begin soon in South Korea under a technology transfer deal. Financial terms and other details were not disclosed, but Russia's sovereign wealth fund pledged bigger output through South Korean partners.

Sputnik V has been developed with money from the Russian Direct Investment Fund (RDIF). Production is expected to begin at the end of April in a plant run by ISU Abxis, a biotech company affiliated with South Korea's ISU group, RDIF said in a statement.

In an earlier announcement, RDIF said that GL Rapha, a pharma trading company in South Korea, would produce 150 million doses of Sputnik V for Middle East clients. RDIF said on April 15 that it has concluded a deal with GL Rapha and ISU Abxis for Sputnik V's technology transfer and production.

"Korea is one of our major partners for production of Sputnik V and thanks to the agreement with ISU Abxis, we expect to increase production facilities in the country," RDIF CEO Kirill Dmitriev was quoted as saying. GL Rapha confirmed the trilateral contract by publishing RDIF's announcement on its website.

ISU Abxis has joined a consortium of eight pharmaceutical companies led by GL Rapha's affiliate, Hankook Korus Pharm (HKP). RDIF said it is the first trilateral contract for technology transfer with a company belonging to the consortium. "It is the first case of the consortium that officially signed a contract with RDIF along with the actual technology transfer," said ISU Abxis business development head Jeong Soo-hyun.

RDIF apparently favors the accumulated know-how and reliability of South Korean companies, which have already secured orders to produce vaccines for AstraZeneca and Novavax.