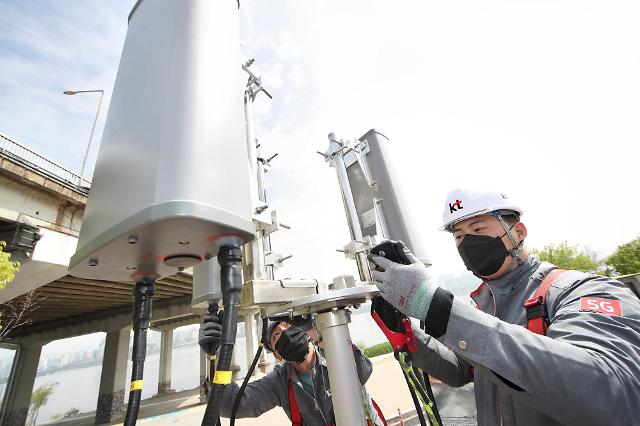 Through the public safety LTE network, KT said that an integrated on-site command system can be secured in the event of a disaster, and closer mutual cooperation between disaster response agencies is possible.

The 3rd Generation Partnership Project (3GPP) is an umbrella term for a number of standards organizations that develop protocols for mobile telecommunications. Long-term evolution (LTE) is a standard for wireless broadband communication for mobile devices and data terminals.

The network is equipped with multi-communication network structure and technology to support rescue activities even in the worst disaster situation, KT said, adding the control center was dispersed into three locations -- Seoul, Daegu and Jeju -- with each location's equipment dualized for non-disruptive operations.

With nationwide coverage, Samsung said that the public safety LTE network operating in the 700MHz spectrum serves as a unified platform that helps ensure interoperability among various public safety institutions. It offers fast and reliable connectivity to first responders in over 330 public safety organizations and agencies, including police, firefighters, emergency medical services and the military.

The deployment includes Samsung's push-to-talk with multimedia broadcast capabilities that enables simultaneous transmission to up to 2,500 user devices per cell, which is more than twice the volume of devices supported by previous-generation technologies.