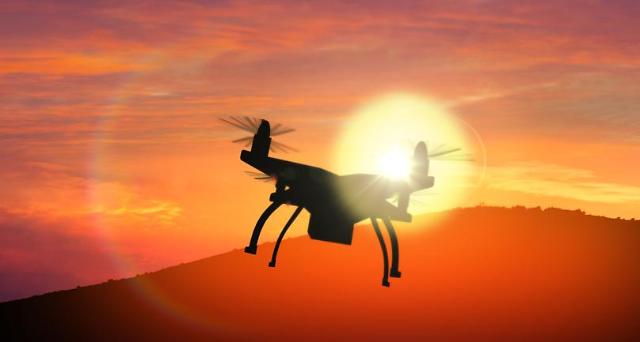 SEOUL -- For innovative national projects that are worth pursuing despite the possibility of failure, South Korea will push for the development of a high-altitude solar drone system capable of staying for a long time in the stratosphere and a flying autonomous underwater vehicle that can be used for a quick and safe response to marine accidents in bad weather.

The Ministry of Science and ICT has endorsed five challenging projects proposed by a team of experts who benchmarked the U.S. Defense Advanced Research Projects Agency (DARPA) that formulates and executes research and development projects to expand the frontiers of technology and science by collaborating with academia, industry, and government partners.

"We selected and planned challenging themes based on high-level missions by reviewing proposals from government departments and research circles," team leader Chung Min-hyung said in a statement on May 3. "Even if there is a high possibility of failure, we will try to find themes necessary for national R&D innovation."

Chung's team has selected five projects that would be reflected in budgeting from 2022, the ministry said, adding it would support the development of a flying autonomous underwater vehicle (AUV) capable of tracking a troubled ship if a marine accident occurs in bad weather.

The flying AUV will be equipped with a single propulsion and control system that satisfies air and underwater operations, an integrated operating system that enables operators to easily view and respond quickly to data, an autonomous control for continuous mission performance in changing environments. It requires the development of technologies to secure the quality of underwater video information and uninterrupted wireless communication.

The team proposed a solar drone system that can carry out its high-altitude and precision monitoring mission in the stratosphere to compensate for the limitations of satellites. It is a challenging theme with high difficulty in designing a system for long operation while overcoming extreme environments.

Other technologies included a mixed digital therapy that allows the continuous treatment and management of autism disorders in daily life without visiting medical facilities, the conversion of waste organic materials into basic raw materials such as ethylene and acetylene in ultra-high temperature and short time using plasma, and an ultra-low-power DNA memory system that permanently stores medical records and experimental data.

As current silicon-based memory technology is expected to reach its limit in storing and preserving explosive data, scientists are trying to develop the ultra-low-power and permanent preserving memory system of cold data by utilizing the characteristics of DNA.