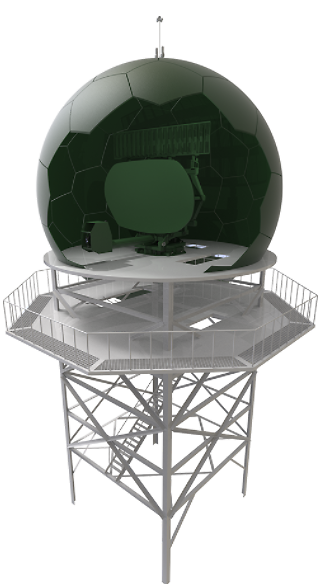 SEOUL -- LIG Nex1, a defense contractor involved in the development of radar and missile guidance systems, has secured a deal from South Korea's military procurement agency to produce a new mid-range radar system for maritime surveillance that would be installed in coastal and island areas to detect ships and aircraft.

The Defense Acquisition Program Administration (DAPA) said it has signed a contract worth $164 billion ($145 million) to deploy the Maritime Surveillance Radar-II system produced by LIG Nex1. The new system is resistant to heat and shock, improved durability, and increased stability by reducing power consumption.

Compared to the current maritime surveillance radar system produced through technical cooperation with U.S. companies, the new system has improved detection capabilities, DAPA said, adding the new system will be installed sequentially from 2022 with core components coming from domestic companies.

"Our military can improve its ability to respond early in the maritime sector through the independent development of its surveillance radar-II system and stable mass-production," Chung Ki-yong, a senior DAPA official, said in a statement. In February, LIG Nex1 was selected for a military project to develop an advanced radar system to end its dependence on old U.S. equipment capable of scanning a broad and distant flying zone.