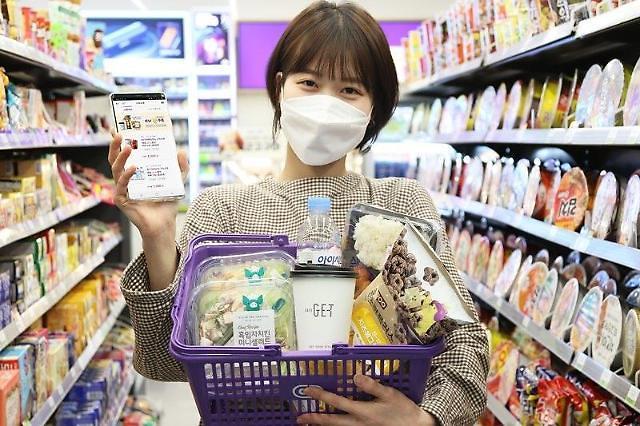 SEOUL -- Six months, ago, many customers watched with worried eyes as South Korea's convenience store chain CU ran down a treacherous, undiscovered path by releasing a monthly subscription program for discount coupons. It's because discount coupons were considered as free baits to attract customers. However, customers favored the subscription model, betraying market worries.

Weekly and monthly subscription services became popular in South Korea in 2020 when young consumers chose to eat meal kits, lunch boxes, and snacks at homes and offices to prevent the spread of COVID-19, while convenience stores adopted delivery services to attract more customers.

CU's subscription service was released through a smartphone app in November 2020. Subscribers were given access to a digital voucher book that can be used in 110 selected stores for a fee of about 5,000 won ($4.4). According to CU, customers can save up to five times more money on purchasing snacks, coffee, and other daily necessities.

CU said in a statement on May 17 that the number of subscribers increased by 167.9 percent in May 2021, compared to November last year. Some 77 percent were female customers who used the digital voucher book to buy Kimbab, a Korean rice ball menu wrapped in dried seaweed, lunchboxes, and machine-extracted coffee.