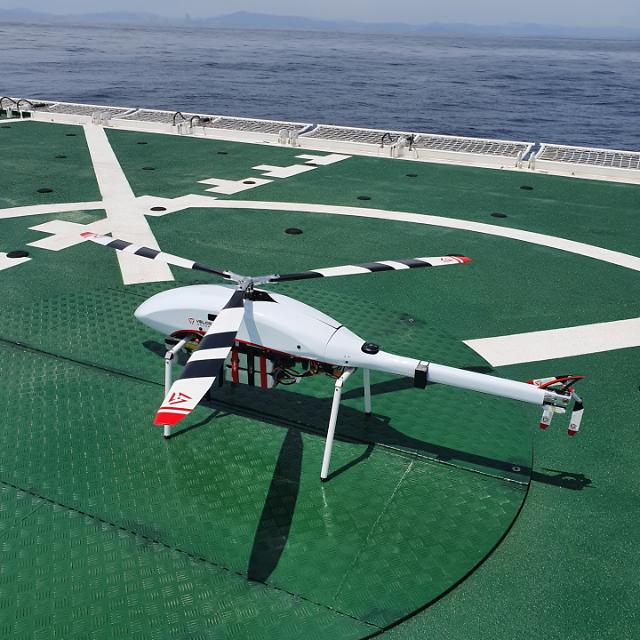 SEOUL -- South Korea's coastguard has deployed an unmanned surveillance helicopter to a 1,500-ton patrol boat for monitoring shorelines and lifesaving operations. The robot chopper has built-in cameras and sensors, making it more versatile for marine operations than multi-copter drones.

The National Maritime Police Agency said in a statement on May 17 that an unmanned helicopter called "VELOS V2" was deployed to a patrol boat operated by its regional headquarters in the southern port city of Busan. VELOS V2, manufactured by U.S. UAV maker Velos Rotors, can fly up to 130 kilometers per hour and cover an area of up to 20 kilometers in radius.

To increase the area of operation and effectively utilize drones, unmanned aerial vehicles (UAVs), and unmanned helicopters in lifesaving operations, the coastguard has established a dedicated department designed to nurture drone pilots. VELOS V2 pilots finished their training course in April. Simulation devices will be used for training.

"We will continue to carry out training sessions to nurture pilots so that every person is able to operate a drone in case of an emergency in the sea," a coastguard official was quoted as saying. The coastguard would operate 49 multi-copters, 15 UAVs, and three unmanned helicopters for illegal activity monitoring and search and rescue missions in the sea.