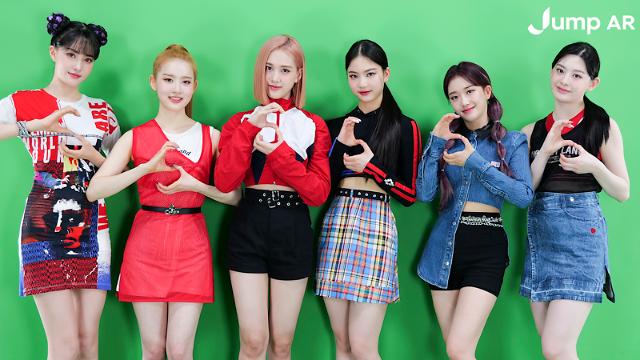 SKT released STAYC's digital human content through SKT's augmented reality (AR) app from May 19 and a music video filmed against the backdrop of metaverse space through a YouTube channel a day later. The group debuted in November 2020 with "Star to a Young Culture" and released the second single album in April.

"SKT will collaborate with various K-pop stars to give customers a new mixed reality-based experience," SKT's metaverse division head Jeon Jin-soo said. "We will provide opportunities for domestic and foreign K-pop fans to enjoy more realistic and special content in their daily lives and take the lead in spreading global K-pop fever and popularizing MR content."

SKT has led the expansion of metaverse in South Korea since October 2020 when the company unveiled a virtual stadium that allows users to create avatars and connect up to 100 people to virtual space simultaneously for conferences, performances and exhibitions. Anyone can host a 3D meeting using a free service without any virtual reality devices.

The mobile carrier has established its metaverse infrastructure such as an MR studio, an AR app and a plaform for the production of avatars. The "Virtual Meetup" service can implement large screens, stages, and seats in a 3D virtual conference space where users can make avatars by choosing faces, hairstyles and costumes and participate in virtual gatherings.

SKT is pushing for the global expansion of AR and VR services through joint investments with major mobile network providers and content companies in Europe, North America and Asia. Various services such as commerce and entertainment will be attached to the metaverse, SKT's MR business head Ahn Jae-wook said earlier, predicting an increase in demands for industrial metaverse services.

"If MR glasses become popular in the future, this will be the trigger point. Many services used in everyday life are expected to enter metaverse," Ahn said, adding that large numbers of people can hold fan meetings, concerts and lecture events. Social network functions will be strengthened to share photos and videos, along with customized services and diversified avatar types and motions.

SKT is a key member of South Korea's metaverse alliance launched on May 18 in a government project to establish an open platform that would allow companies to utilize data and develop new services. The alliance involving private companies, research organizations and state bodies cultivates a metaverse ecosystem based on extended reality (XR) and media. XR encompasses a wide spectrum of hardware and software that enable content creation for virtual reality, mixed reality and cinematic reality.