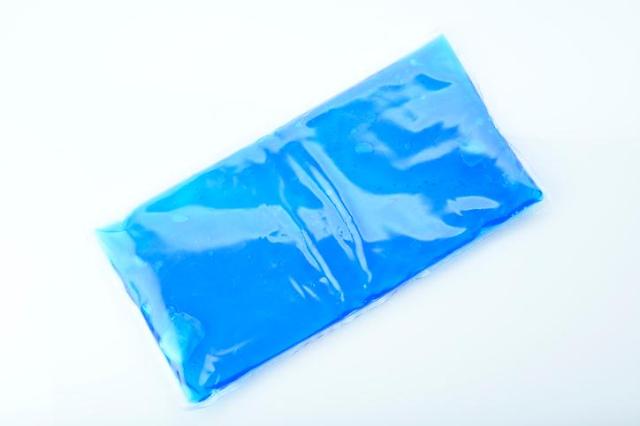 SEOUL -- South Korea's second-largest convenience store franchise GS25 has kicked off a green campaign to recycle palm-sized ice packs filled with water or gel-type super absorbent polymers that are commonly used as a refrigerant for food delivery packages. Many consumers find polymer-based ice packs hard to recycle and just throw them away along with other non-recyclable rubbish.

Two kinds of ice packs are available in South Korea. An eco-friendly type uses water and the other one uses a jelly-like super absorbent polymer filling. Ice packs are put in the freezer to be frozen and inserted into food packages before delivery. According to the Korea Consumer Agency, more than 29.6 million ice packs were used in South Korea in 2020. Some 20 percent were polymer-based products.

It's not easy to recycle polymer-based ice packs containing gel-type microplastics inside a tough vinyl pack. Despite a campaign to reuse polymer ice packs, many customers throw them away with other non-recyclable garbage.

GS25 said in a statement on May 21 that it has partnered with Seocho District in southern Seoul to roll out a recycling campaign for polymer ice packs. Consumers can return non-recyclable packs to a nearby GS25 store or retrieval boxes. The campaign would be expanded to Uijeongbu, the northern satellite city of Seoul, and the southeastern city of Pohang. Retrieved ice packs will be cleaned and reused. The convenience store operator would replace all ice packs to recyclable cooler bags by 2023.