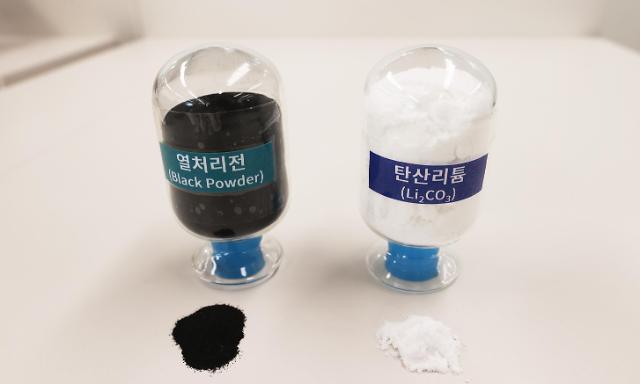 Doosan Heavy said it would push for a demonstration facility capable of treating 1,500 tons of spent batteries annually in the second half of this year. "We have secured eco-friendly processing technology that can significantly reduce greenhouse gas emissions and save resources," said Doosan's executive vice president Song Yong-jin.

To extract lithium carbonate from waste batteries, chemicals such as sulfuric acid are used. Doosan said its technology has environmental advantages and is more economical than the existing method. The company uses the heat-treatment of materials, the selective separation of lithium with distilled water, and extraction with electro-absorption crystallization technology.

As part of efforts to promote the adoption of clean energy vehicles, South Korea has eased regulations to accelerate the recycling of discarded batteries. Discarded batteries are still operable with about 80 percent of original capacity. They can be recycled to store electricity inside energy storage systems, or sent to recycling centers to retrieve rare metals such as cobalt, manganese and nickel.