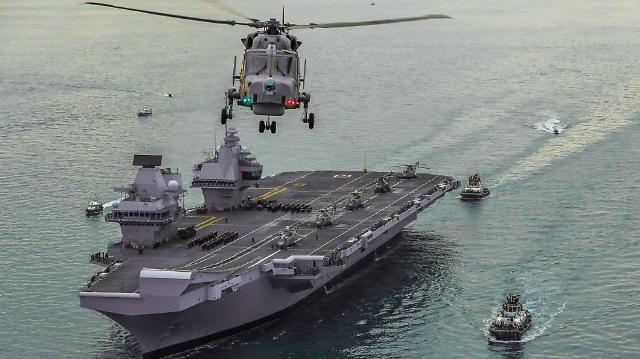 [Courtesy of the Royal Navy]

SEOUL --  South Korea has yearned for strong military firepower ever since its entire territory was almost eradicated by North Korean troops with far superior weapons during their three-year conflict. After the ceasefire in 1953, Seoul has frantically boosted defense capabilities through ties with key allies such as the United States to have the world's sixth powerful armed forces.

Under a mutual defense pact, South Korea has been heavily dependent on American weapons. However, Washington has not shared important core technologies, prompting Seoul to find technical cooperation with other countries like Israel and even Russia. Britain, who used to be a calm bystander, openly picked South Korea as a potential partner that could share military know-hows, as seen clearly in its recent defense report.

The report revealed a strategy to strengthen Britain's presence in the Indo-Pacific region. South Korea was listed as "a highly significant area of focus" for Britain, which dispatched troops to help South Korea and its allies repel a communist invasion during the Korean War.

Experts say Britain's policy to strengthen security cooperation in the Indo-Pacific region will create a good opportunity for South Korea to bolster its strategic partnership with the European country. As a leading member of the NATO military alliance and a permanent U.N. Security Council member, Britain maintains a number of overseas garrisons and military facilities which enable the country to conduct operations worldwide.

"Britain's Indo-Pacific security policy will have a significant impact on partner countries in the region," said Choi Gi-il, a military science professor at Sangji University. "For South Korea, it will be a golden opportunity to expand its strategic partnership with Britain, including defense industry cooperation," he said, predicting that defense cooperation could strengthen "interoperability," just as a solid alliance between Seoul and Washington promoted industrial cooperation.

Through ties with Britain, Choi said South Korea can diversify its defense industry. "I believe that interoperability will be strengthened considerably through mutual training and the expansion of exchanges with Britain."

Some analysts say that South Korea's military project to build a 30,000-ton light aircraft carrier would be a momentum to expand industrial and defense cooperation with Britain. Notable in conceptual design is the installation of two bridges on deck, which are very similar to British flattops. South Korea hopes to preemptively secure core technologies such as coating materials that protect the deck, the simulation of aircraft take-off and landing, an ammunition transfer system and the reduction of underwater radiated noise.

"Britain, which is one of the world's top maritime powers, has sufficient capabilities and know-how to provide help for the construction of South Korea's aircraft carrier," said Moon geun-sik, the chief coordinator of external affairs at the Korea Defense and Security Forum (KODEF). "For example, the design of aircraft decks and bridges, and the operation technology of vertical takeoff and landing aircraft are where South Korea can get help from Britain."

British aircraft carrier HMS Queen Elizabeth has set sail for its operational deployment to the Mediterranean, the Indian Ocean and the Asia-Pacific. The carrier's scheduled port call at South Korea's southern port city of Busan in the second half of this year could open discussion on defense cooperation. "There is a possibility that information sharing on Britain's experience in operating the aircraft carrier and bilateral cooperation will take place," South Korean Defense Ministry spokesman Boo Seung-chan told reporters on April 27.

There already have been military ties between South Korea and Britain, especially in the maritime defense industry. Britain has extended technical cooperation for South Korea's KSS-III project to build submarines. Choi said Seoul and London can create opportunities to expand cooperation in the maritime defense industry into ground weapons. "If the two governments further expand defense cooperation, it will be a 'win-win,' indeed," he said, recommending Hanwha Defense's K-9 self-propelled howitzer for Britain's Mobile Fires Program (MFP) aimed at procuring a new 155 mm self-propelled artillery system. 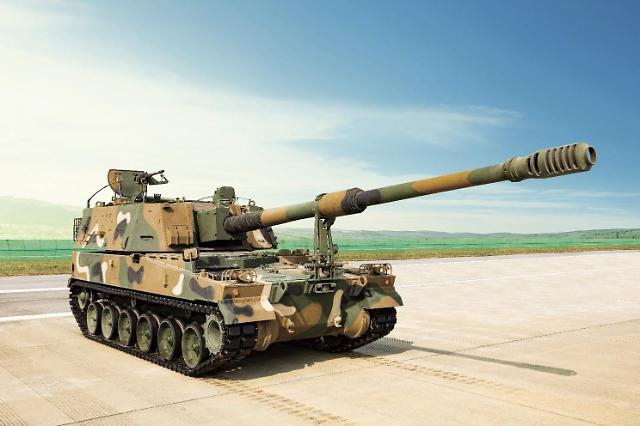 "The K9 must be one of the most proven self-propelled guns in the world in terms of firepower, mobility and protection. The British military will have an eye on Korean self-propelled howitzers," Choi said. K-9, which entered service in 1999, is one of South Korea's best-selling ground weapons. The howitzer with a maximum firing range of 40 kilometers (25 miles) operates with armored vehicles for ammunition resupply and can move at a maximum speed of 67 km per hour.

Hanwha Defense has exported about 600 K-9s to Turkey, India, Poland, Norway, Finland and Estonia. In 2020, the company was picked as the sole preferred bidder for an Australian artillery gun procurement project to supply 30 K-9s and 15 ammunition resupply vehicles. K9's modified variant, K9A1, boasts high-velocity firing, excellent maneuverability and the ability to concentrate firepower on select targets.

The next upgrade, K9A2, is capable of firing nine to 10 rounds per minute and includes an unmanned turret with a fully automatic ammunition loading and handling system. K9A2's international debut could be made in Britain. K9A2s can be used to strengthen Britain's combined operational capabilities with NATO allies including Estonia, Norway and Finland which have already introduced the previous version.

The South Korean company thinks British defense companies can join a supply system for K9s, which are in service worldwide. "K9A2's performance improvement is in full swing, and its automated turret is one of the main requirements of the British Army's MFP project," a Hanwha Defense official said on condition of anonymity. "If it goes well, Britain can be involved in upgrade programs in other countries that operate K9s."