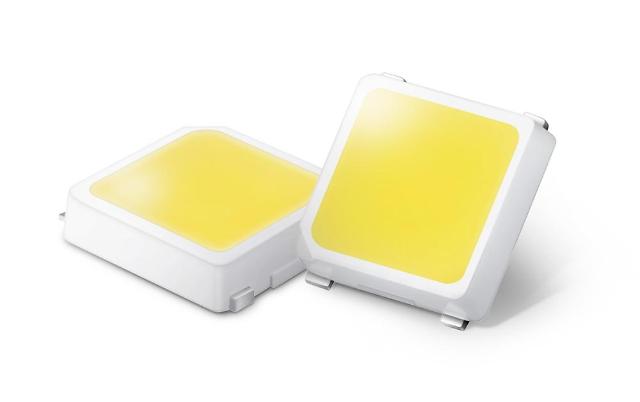 Light efficacy, or light efficiency, refers to a light source's ability to efficiently convert power into light. It is hard for LED makers to increase luminous output and control color at the same time. High-performance LEDs normally have a stronger blue hue or a red hue.

Samsung said the new LED called "LM301B EVO" with a light efficacy of 235 lumens per watt has improved phosphor conversion efficiency thanks to a new reflective material installed inside the packaging of the LED. It will come in two kinds of lighting modules -- Q-series EVO for indoor lighting and H InFlux EVO for high-ceiling applications including factories and warehouses.

The new LED was created based on a 3mm x 3mm format that is widely used in the lighting industry. Samsung said its high-performance LED can be applied virtually anywhere because of its versatile format,