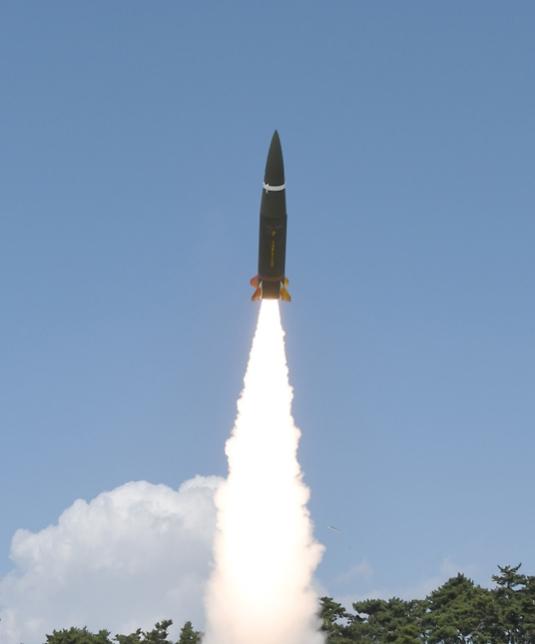 SEOUL -- Underlining its strong push to catch up with Japan and other countries in space technology, South Korea unveiled a long-term goal to develop platforms for the launch of space rockets using aircraft or at sea, in less than two weeks after the United States lifted decades-old restrictions on missile development

The Defense Ministry said in a report to a defense committee in parliament that it would develop air- or sea-based platforms to launch spacecraft. "The complete lifting of (missile) restrictions is expected to have a significant effect on the development of space projectiles," Defense Ministry spokesman Boo Seung-chan told a regular press briefing on May 31.

Most launch vehicles take off from sites on land. The advantages of an air-based launch are flexibility in the launch location and the use of a carrier aircraft that could reduce propulsion requirements needed to reach orbit. Sea launch also provides flexible positioning. A mobile sea platform allows launches closer to the equator. The greater rotational speed of the Earth near the equator means lower fuel requirements to achieve orbit.

South Korea's indigenous rocket launch vehicle called the Korea Space Launch Vehicle-2 (KSLV-2), also known as Nuri, is to lift off in October 2021. South Korea's space program has seen slow progress as other countries are reluctant to transfer core technologies. Three space rockets have been launched but two fired in 2009 and 2010 failed to reach orbit.

Seoul signed a missile accord with Washington in 1979. The accord has been revised step by step, allowing Seoul in 2017 to deploy missiles that can fly for up to 800 kilometers (497 miles) with no limit in its payload. In 2020, Washington allowed Seoul to use solid fuels for space rockets. At summit talks between U.S President Joe Biden and South Korean President Moon ae-in on May 22, Seoul took off fetters that have restricted missile development.