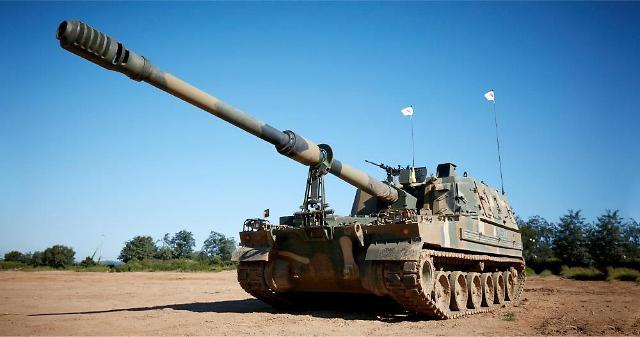 SEOUL -- STX Engine, a diesel engine manufacturer in South Korea, has been chosen to localize the German diesel engine of K-9 self-propelled howitzers produced by Hanwha Defense. The localization scheme has been pushed as part of a broad state project to acquire original technologies for key imported parts.

STX Engine said that the localization of K9's engine designed by MTU Friedrichshafen is aimed at meeting harsh operational requirements and technical specifications required by export markets in the Middle East and other regions. Some 25 billion won ($22.6 million) will be injected into research and localization for five years.

"We will do our best to localize and develop the engine of K9 self-propelled howitzers within the schedule to improve South Korea's base technology and seek mutual growth with many domestic small and medium-sized suppliers," STX Engine CEO Park Ki-moon said in a statement on May 31. Details were not disclosed such as technology transfer between the two companies which have maintained their business partnership.

K-9 is one of South Korea's best-selling ground weapons. The howitzer with a maximum firing range of 40 kilometers (25 miles) operates with armored vehicles for ammunition resupply and can move at a maximum speed of 67 km per hour. Hanwha Defense has exported K-9s to Turkey, India, Poland, Norway, Finland and Estonia. In 2020, the company was picked as the sole preferred bidder for an Australian artillery gun procurement project to supply 30 K-9s and 15 ammunition resupply vehicles.