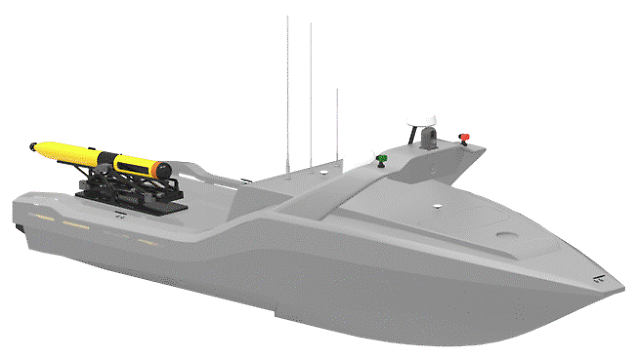 
SEOUL -- A consortium involving Hanwha Systems and state research bodies will develop an autonomous underwater vehicle for clustered search and its operating system in a state project to establish a marine unmanned system that enables rapid and accurate underwater exploration.

The project hosted by the Korea Institute of Marine Science & Technology Promotion (KIMST) will cost some 25 billion won ($22 million) by 2025. It is designed to protect the golden time of saving lives by strengthening the search capability of autonomous underwaters vehicles (AUVs).

The consortium would secure technology to operate multiple systems simultaneously and develop underwater sensors and image processing technologies that enable accurate underwater exploration, as well as underwater water collaboration that can check on-site situations in real-time.

"Hanwha Systems has high technical skills based on its rich experience in real environment verification secured by its weapons system development," CEO Kim Yeon-chul said in a statement on June 14. "We will do our best to secure an effective search and rescue system by developing a reliable marine unmanned system that can immediately respond to the changing marine environment."

The company would apply a navigation error model to reduce actual and anticipated location errors while developing clustered control algorithms for AUVs and sonar capable of wide-area precision exploration. Sonar is a technique that uses sound propagation to navigate, communicate with or detect objects on or under the surface of the water, such as other vessels.

An integrated control system would be liked with unmanned surface vehicles (USVs). Hanwha Systems has been involved in a military project to develop clustered USV technology and a management system by 2024. USVs will be deployed to coastal areas for surveillance and other missions such as searching for mines and preventing the landing of enemy hovercraft.

Various types of unmanned aerial and underwater vehicles for military and civilian use are under development in South Korea.