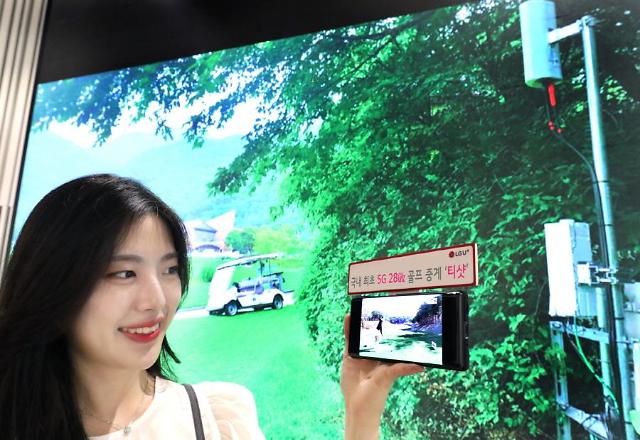 
SEOUL -- LG Uplus, a mobile carrier in South Korea, will set up a dedicated 28 gigahertz (GHz) channel when its 5G golf service platform broadcasts the Korea Women's Open Golf Championship that would open on June 17. South Korea has commercialized a 5G mobile telecom service using the frequency band of 3.5 GHz. Full-scale 28 GHz networks are still in the experimental stage.

Extremely high frequency is for the band of radio frequencies in the electromagnetic spectrum from 30 to 300 GHz. Radiation in this band is called millimeter waves, which are used for military fire-control radar, airport security scanners and short-range wireless networks. Certain frequency ranges near the bottom of the band are being used in the new generation of mobile phone networks.

South Korean mobile carriers are under pressure to introduce business-to-business services this year using 28GHz-based 5G networks that will make data transmission speed faster especially in areas where traffic is concentrated, such as stadiums and large shopping malls.

LGU+'s 5G golf platform provides various functions and content through a mobile app and IPTV, allowing users to watch the games of selected players and their swing from various angles and expand images up to four times, check the course with 3D graphics and replay the last hole match. The mobile carrier promised to expand the 5G 28GHz broadcasting of golf tournaments in September.