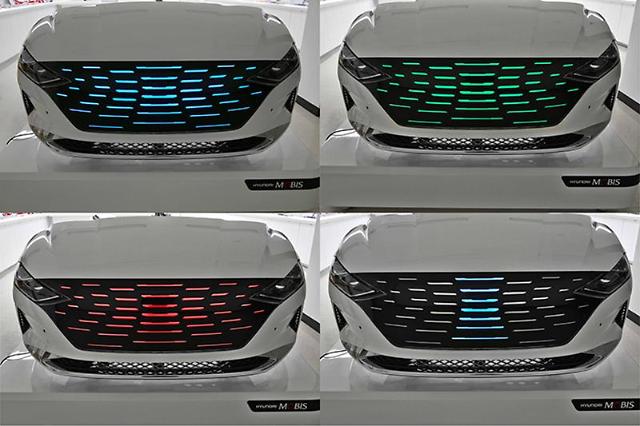 
SEOUL -- Hyundai Mobis overthrew the traditional concept of the grille that allows air to enter or exit while protecting the vehicle's radiator and engine by introducing innovative technologies such as light-emitting diode (LED) lighting that can utilize the entire grill as a lighting device to communicate with other vehicles or create unique design effects.

The LED lighting technology developed by the parts-making wing of South Korea's Hyundai auto group can implement various scenarios such as an autonomous driving mode, an electric vehicle charging mode, a welcome light function, and the display of emergency warning light.

The vehicle's grill can be used as a means of communicating with other vehicles or pedestrians and create unique design effects using lighting patterns, Hyundai Mobis said, adding it is working on the verification of reliability for commercialization. The company would push for mass production in 2022.

In addition, Hyundai Mobis developed an "active air flap" technology that can open and close the grill depending on operating conditions. As the grill itself moves depending on the coolant temperature, it automatically controls the inflow of driving wind for engine and motor cooling. The new technology can improve the heating efficiency of vehicles, reduce the resistance of air and realize differentiated design patterns. 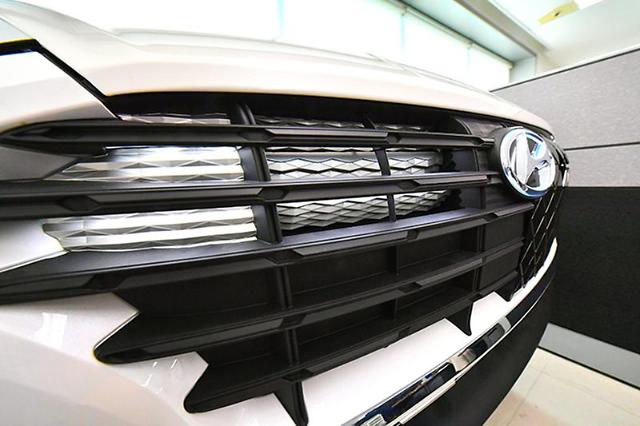 Hyundai Mobis said that new trends in the global car industry would open an era of automobiles that communicate more actively with the outside world. The wider use of electric vehicles brings up design changes, with the grille taking different forms for lighting, sound systems and displays.

"In response to changes in future car trends, we will continue to introduce innovative products that combine technology completeness and emotional quality to global markets," Hyundai Mobis' module lab head Lee Woo-il said in a statement on June 17.