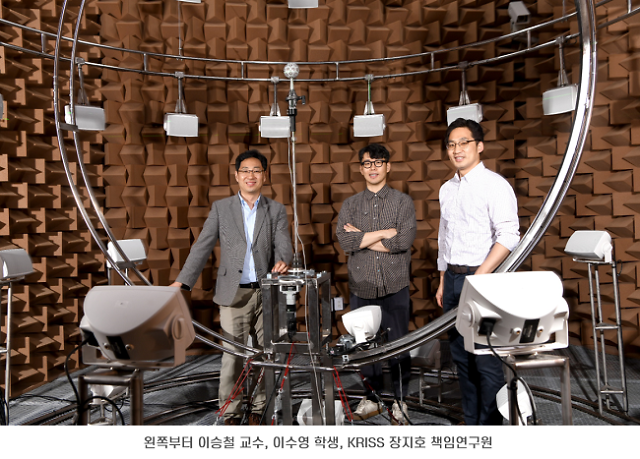 
SEOUL -- Researchers have developed artificial intelligence technology that can accurately and quickly visualize the location and size of sound sources. It is useful in tracking the location of disaster survivors, gas spills and leaks. An empirical test will be conducted in 2022 to search for missing people with a drone equipped with high-performance microphones.

The technology developed by researchers from the Korea Research Institute of Standards and Science (KRISS) and Pohang University of Science and Technology (POSTECH) is 10 times more accurate than previous technologies and the time of arithmetic operation is about one-tenth.

"We will carry out continuous research so that technology can be commercialized and bring innovation to existing markets," Chang Ji-ho, a KRISS researcher, said in a statement released by POSTECH. In defense, the technology can be used to find the location of enemy firearms.

POSTECH said that deep learning algorithms can accurately distinguish the location and size of individual sound sources even under unfavorable conditions where many sounds are mixed and visualize them like a map for easy location.

Tracking the location of sound sources through unmanned aerial vehicles such as drones is not so precise and performance degradation is inevitable due to noise. because tracking technology developed by the joint research team provides more than 10 times more accurate information than before, it can be used in adverse conditions with noise.

Researchers installed 56 speakers in a spherical form in a laboratory to implement various acoustic data. POSTECH said the new technology would contribute to the success of various drone missions such as reconnaissance, transportation and rescue.