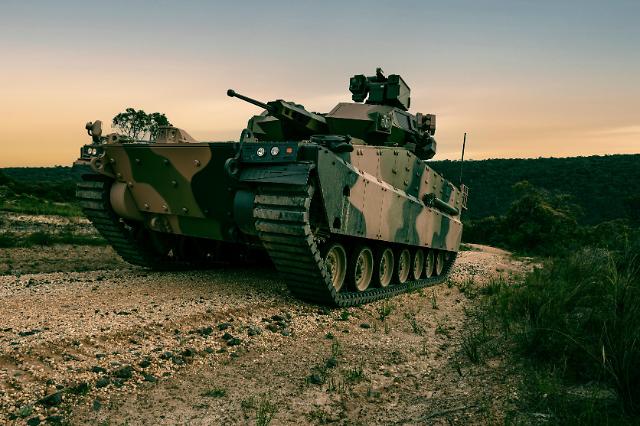 
SEOUL -- The AS21 Redback developed by Hanwha Defense will be tested by a mechanized unit in South Korea in 2022 to evaluate its operational fit. Hanwha has developed the new infantry fighting vehicle to meet future warfare requirements with enhanced protection, firepower and performance.

The AS21 Redback has been shortlisted as a candidate for an Australian military project to replace old armored personnel carriers. It is competing with the Lynx developed by Rheinmetall Landsysteme of Germany. Three prototypes of the Redback are now undergoing tests and evaluations. The Redback can carry up to 11 people at a maximum speed of more than 65 kilometers (40 miles) per hour.

The Defense Acquisition Program Administration (DAPA), an arms procurement agency controlled by South Korea's defense ministry, has selected the AS 21 Redback for trials that would include driving tests and tactical field training. Hanwha said one Redback would be handed over to South Korea's mechanized unit following Australian tests and evaluations.

South Korea's interest in the Reback has been aroused by strong progress with systems, Hanwha Defense said, adding South Korean military personnel would see the performance of Redback's Iron Vision and composite rubber track. Iron Vision projects the image outside the vehicle onto their helmet-mounted displays. Redback’s rubber tracks reduce noise and vibration.

Hanwha Defense said it has ambitions for infantry fighting vehicle programs outside Australia and is actively pursuing opportunities in the United States and Europe. The defense ministry has unveiled plans for the development of K31 with an integrated and improved interior for the crew and reduced weight to enable airlift capabilities.