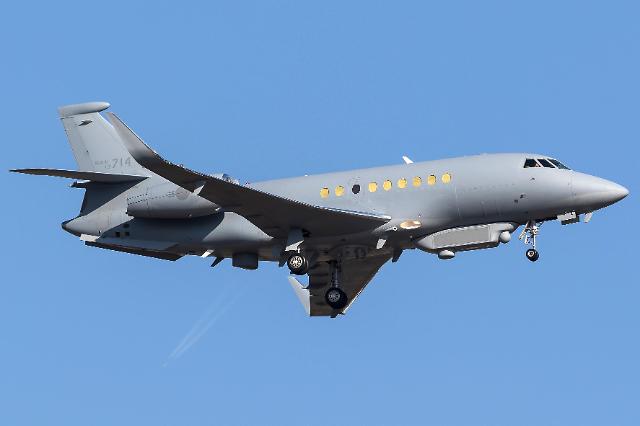 Korean Air said it has already sealed an agreement with Dassault to purchase four Falcon 2000s aircraft that would be modified with an injection of some 870 billion won ($768 million) from 2022 to 2026 to reinforce Baekdu aircraft's capabilities to detect and gather signals from North Korean missile and nuclear sites.

A high-altitude reconnaissance squadron with RQ-4 Global Hawk unmanned aerial vehicles has been set up to support ground troop actions by scanning and tracking the movement of enemy missiles and troops. Air force officials believe RQ-4s will enhance South Korea's operational capabilities as they will work together with advanced stealth jets.

For the Baekdu program, South Korea has deployed RC-800s based on Raytheon's Hawker 800XP to intercept radio signals from electronic devices as well as Falcon 2000's modified aircraft. Efforts to acquire independent technology and homemade reconnaissance aircraft have been largely unsuccessful.