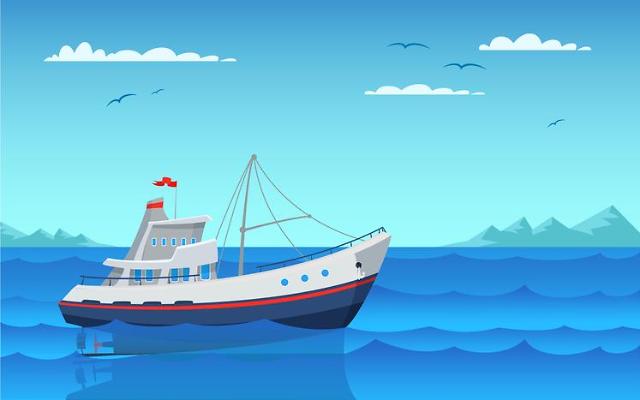 SEOUL -- South Korea has launched a state project to develop an eco-friendly and power-efficient hybrid propulsion system for small coastal fishing boats that would generate positive environmental benefits, reduce maritime greenhouse gas emissions and improve the working environment of fishermen. The most probable design is a combustion engine combined with battery power.

With an injection of 28.9 billion won ($25.5 million) until 2025, a consortium led by the state-run Korea Institute of Marine Science & Technology Promotion (KIMST) will embark on a project in July to design a new standard vessel that will be powered by a hybrid engine and operates on battery, according to the Ministry of Oceans and Fisheries.

The exact type of a hybrid propulsion system was not fixed, but what the ministry has in mind the most is not a vessel powered by natural gas or hydrogen. "The new hybrid engine will be a diesel-based engine for safety issues. It is unsafe to use liquefied petroleum gas (LPG) or hydrogen to power small ships because such kinds of fuel are very combustible," Ahn Yong-woon, a ministry official in charge of maritime safety policy, told Aju Business Daily.

"Also, fuel tanks for LPG and hydrogen are very bulky. It will take up a lot of space inside a small boat," Ahn said, adding fishing boats equipped with a new hybrid engine may use diesel fuel to move and use electric motors while fishing. "We need more research to determine the type of the fishing boat engine because it's very much different from a car's hybrid engine."

Ministry data showed that out of about 65,800 fishing boats in 2019, 37,785 vessels were for inshore fishing with many of them relying on outdated combustion engines and hull construction design. Some 27 percent of fishing boats have been in service for more than 21 years.

When the project is finished, the marine ministry predicted that up to 30 percent of fuel will be saved and greenhouse gas emissions will be reduced by up to 25 percent.