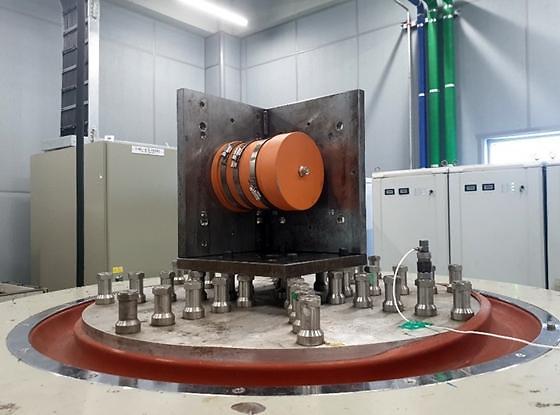 SEOUL -- A state-run research body has developed a versatile train black box, also known as a train event recorder, which is compatible with every type of train and train control system in service in South Korea. Conventional event recorders have limited compatibility.

A train black box is designed to withstand the shock and heat caused by a train wreck. The box-shaped device records data about the operation of train controls, the performance of train parts, and the direction and speed of a traveling train. Recorded data is similar to that found on an aircraft's flight recorder.

The Korea Railroad Research Institute (KRRI) said in a statement on July 8 that its researchers have developed a highly trustable train black box with an interface that is compatible with most train types and control systems. It was tested to be very durable against shock, fire, erosion by liquid, and physical penetration. "We will upgrade the technological competitiveness of the black box by adding artificial intelligence-based analytic tools to the device's data storage," said KRRI's senior researcher Kim Jae-won.