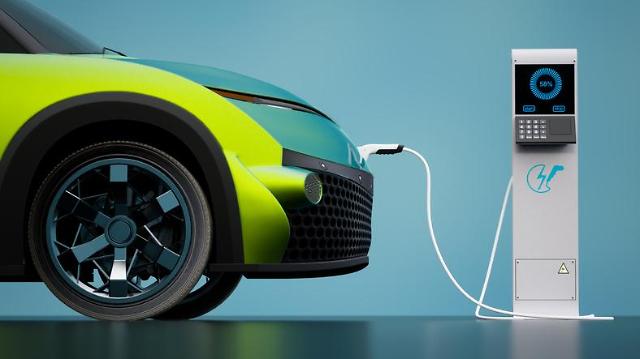 SEOUL -- In a bid to take the upper hand in the global battery war, South Korea will spend some 40.6 trillion won ($35.38 billion) by 2030 on securing an unchallengeable production base and the release of next-generation products ahead of China and other countries. The government pledged full support for the development of technologies.

The strategy was unveiled in a rally chaired by President Moon Jae-in at the battery plant run by LG Energy Solution (LGES), the battery-making wing of South Korea's LG Group, in Ochang about 90 kilometers (56 miles) south of Seoul on July 8. The event was attended by representatives from South Korea's three battery makers and dozens of partner companies.

Out of $40.6 trillion, the domestic battery industry would invest 20.1 trillion won in next-generation batteries. The government pledged full support for the development of technologies by investing 306.6 billion won for five years from 2023.

Moon called for all-out efforts to take "a more assertive global leadership" in the global battery market. "The next 10 years will be a critical time to re-determine South Korea's status in the global battery industry. In order to become an unrivaled No. 1, we should respond with concentrated public-private capabilities from now." The government promised to actively support the establishment of a stable supply chain of materials and facilities for battery recycling.

In response, LGES CEO Kim Jong-hyun unveiled an investment of 15 trillion won by 2030. "We will not settle for current performance, but will lead next-generation battery technology so that K-battery can maintain its global No. 1 status," he said. South Korean companies have stepped up efforts to produce premium or third-generation batteries.