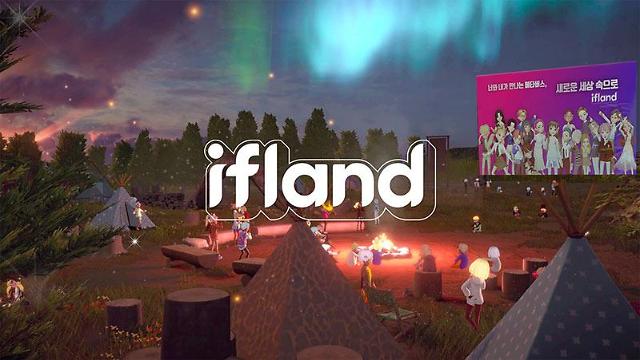 
SEOUL -- As a pioneer in South Korea's emerging metaverse market, SK Telecom has launched a new tolerant metaverse platform called "Ifland" that would maximize user experience through diverse virtual spaces and avatars. A more intuitive user interface was applied to allow anyone to enjoy the metaverse in a simple and easy way.

The metaverse, which is a collective virtual shared space created by the convergence of virtually enhanced physical reality and physically persistent virtual space, is being adopted by various sectors in a country webbed with fast data communication networks.

SK Telecom (SKT) would nurture Ifland into a leading metaverse platform by enhancing user convenience, especially among Millennial and Z generations. "Armed with powerful contents and social features that meet the needs and interests of the MZ Generation, Ifland is set to fully support users’ Metaverse life," SKT's metaverse business head Jeon Jin-soo said in a statement on July 14.

Users can check and update their status and avatar and view a list of metaverse rooms recommended based on their usage patterns. They can choose from 18 different types of virtual spaces, including conference halls, outdoor stages and rooftops, and SKT would keep adding more virtual environments.

After selecting a virtual space, users can make advanced settings by choosing from multiple concepts for decoration such as weather, time, flooring materials and wallpapers. The mobile carrier said Ifland offers a wide variety of virtual avatars and enables users to customize their avatars using a total of 800 different virtual items including costumes and hairstyles. They can also use 66 different emotional expressions to engage in rich communication with others.

To better support meetings, presentations and conferences, SKT said users can easily share PDF documents and MP4 video files with others. Each virtual room can accommodate up to 130 participants and SKT plans to gradually increase the number of participants so that Ifland can flawlessly support large-scale conferences joined by hundreds of participants.

SKT plans to boost the popularization of Ifland by running special programs and providing content that meets the needs of users. The company will hold large-scale events such as forums, lectures, festivals, concerts and fan meetings in Ifland, and provide diverse content and businesses with new and innovative ways of marketing by enabling them to meet customers in Ifland.

SKT is a key member of an alliance of private companies, broadcasting networks, research organizations and state bodies that was launched in May to cultivate a metaverse ecosystem based on extended reality and media in a government-sponsored event aimed at supporting the establishment of an open platform so that companies can utilize data and develop new services.

The alliance is aimed at opening a metaverse hub for the development of an ecosystem, based on media and extended reality (XR) encompassing a wide spectrum of hardware and software that enable content creation for virtual reality, mixed reality and cinematic reality. It supports the production, testing and demonstration of services in the fields of manufacturing, healthcare, construction, education, distribution and defense.