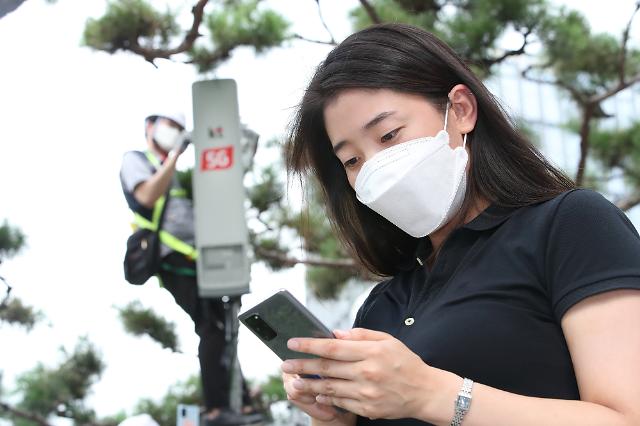 
SEOUL -- KT, a major telecom company in South Korea, launched a 5G standalone commercial service for smartphone users and businesses that would accelerate the development of new technologies such as autonomous driving and smart factories.

South Korea has pushed hard for the rollout of a 5G network that can improve efficiency in massive data traffic and enable ultra-low latency and much higher capacity without resorting to 4G infrastructure. In April 2019, KT and other domestic companies commercialized 5G mobile networks based on non-standalone (NSA) standards, using 4G infrastructure before switching to 5G standalone (SA).

KT's 5G SA service began on July 15. "We have prepared a SA service to provide customers with 5G that can give them a new value," KT's network strategy department head Kim Young-in said in a statement. The company said the SA service would serve as an opportunity for 5G to be applied to other industries as well as 5G smartphone users.

SA uses batteries longer than NSA and can provide a faster response rate. By utilizing the characteristics of 5G base stations, which are densely built, KT said that SA will be able to provide more sophisticated disaster text services from the end of this year after consultation with related agencies and system development.

Other companies have completed preparations for 5G SA services. SK Telecom has applied technologies such as international standard-style network slicing and mobile edge computing (MEC), which provides ultra-low delay and high-speed services regardless of physical distance.