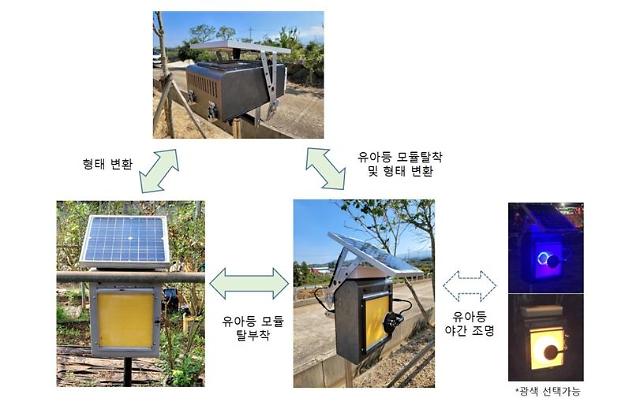 
SEOUL -- Researchers from a state agricultural research body have developed an autonomous bug trap that will capture insects, take photographs, and send information to its control tower using 4G mobile communication networks. The trap will be used for tracking the activities of harmful insects and foreign bugs that have not been listed yet.

Normally, researchers visit rural areas regularly to hand-collect bug samples so that they can check their activities and find invasive species. Thousands of invasive species including animals and plants have been found in South Korea over the last two decades and many foreign insects disrupt ecosystems.

The Rural Development Administration (RDA) said in a statement on July 21 that RDA researchers have developed "Auto Roll Trap," a bug-catching device equipped with a sticky roll plate. The robot rap can replace sticky rolls and collect information about insects using high-definition cameras. Insects up to four centimeters wide (1.5 inches) can be captured. RDA said the solar-powered robot can operate autonomously for up to nine months.

"A pest control system capable of automated vermin prediction must be set up in order to reduce inconveniences caused by invasive species," Kim Dong-hwan, who heads RDA's counter global warming research center, was quoted as saying. The robot trap uses lights and pheromones to lure bugs.

The roll trap robot is connected to nearby 4G networks so that it can regularly send images to its control tower. Through a two-month demonstration in the southern island of Jeju, researchers found that the robot trap was able to attract up to 200 percent more insects than conventional traps. Photographs were uploaded every three days. RDA said the robot trap would help researchers and farmers save operational and labor costs.