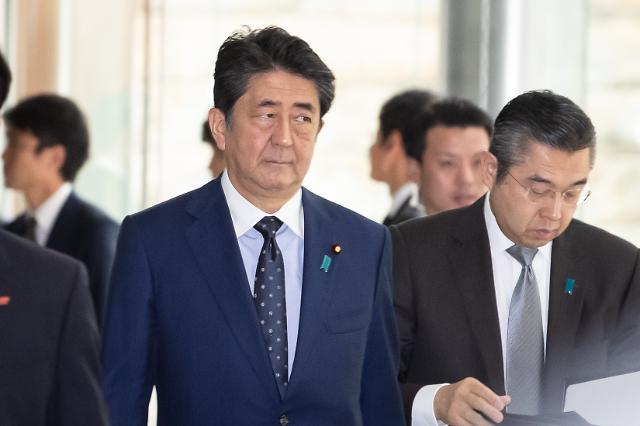 SEOUL -- Just before the Olympic Games is about to kick off in Tokyo, users of a famous far-right online community criticized Japan's former Prime Minister Shinzo Abe for ditching the idea of holding a "compact" global sports event to maximize its size by spending about $15.4 billion, which is more than double the initial estimate.

The Olympic Games is definitely not an event that has been truly wanted. Polls showed that a majority of Japanese people wanted the extravagant event to be postponed for another year or canceled because the pandemic situation in Japan got worse and uncontrollable in the last few months due to highly contagious delta variants of the novel coronavirus.

Japan's incumbent premier, Yoshihide Suga, has insisted the Summer Games would become "proof that humanity has defeated the coronavirus," leading to strict restrictions on alcohol sales and the operation hours of restaurants to curb an upsurge in the number of COVID-19 patients.

However, disobedient Tokyo dwellers refused regulations to open pubs and sell alcohol until late at night, with youngsters roaming through the streets to enjoy the summer evening. Some young Japanese people expressed skepticism, criticizing Abe for not taking the responsibility of bringing the Olympics to Japan. The former prime minister is nowhere to be seen. He would even stay away from the opening ceremony.

This year's Olympics will be held mostly without spectators to minimize the risk of COVID-19 infection. People were told to refrain from gathering to support athletes for events such as marathons and cycling. Many Japanese including some athletes voiced disappointment. Some argued that there's no meaning in hosting the Olympics if no one is allowed to visit stadiums.

"This is the essence of Japan's weak points. Now the world will humiliate the very expensive event," "Rd20k8ON0" said. Another user "LZRclfcb0" said: "I am not interested in the Olympics but I will be recording the games because I wouldn't know when we will be humiliated."