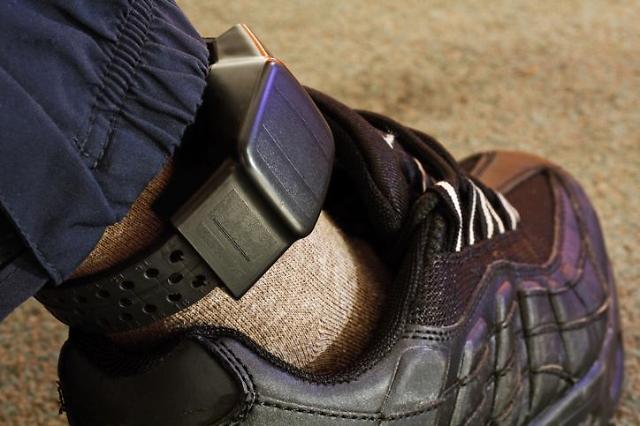 SEOUL -- South Korea will demonstrate a smartphone alarm service that can warn users about the presence of nearby sex offenders. When a person shakes his or her smartphone three times, location information will be uploaded onto a control tower so that monitoring agents can look for offenders wearing digital ankle bracelets in the vicinity of 20 meters (65 feet).

According to the Ministry of Justice, there are some 4,830 sex offenders wearing ankle bracelets equipped with a GPS tracking system. In the last five years, 303 offenders have committed sex crimes while wearing monitoring devices, raising concerns among females who return home late at night after work.

Digital Ankle bracelets, also known as electronic tags, were first adopted in South Korea in 2008. The monitoring device is worn by sex offenders, serial robbers and murderers. When offenders break free from bracelets, the control tower dispatches policemen. Such devices use 3G and 4G mobile communication networks to communicate with the control tower.

The justice ministry said in a statement on July 26 that it would demonstrate the alarm service in 15 areas nationwide before gradually expanding it to cover Seoul by the end of 2021. "Previously, we knew where sex offenders were but we did not know what they were doing,"  an unnamed justice department official was quoted as saying.

When a woman using the ministry's "Safe Return Home" app shakes her phone more than three times, the app will see if there are any sex offenders in the vicinity of 20 meters. If a sex offender is found, probation officers and policemen will be deployed. Monitoring agents will call the person in need to prevent the situation from getting worse.