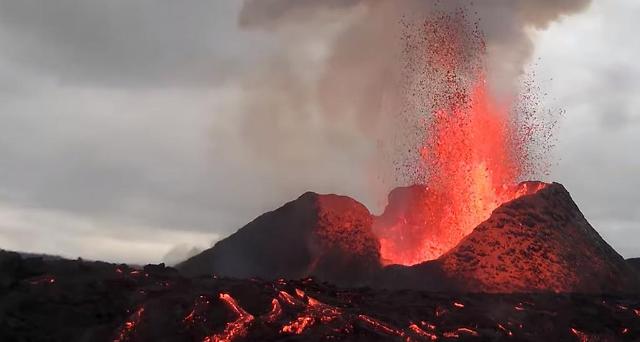 Hanwha Techwin's surveillance device would monitor volcanic activities without being affected by harsh environments full of ashes and fire. The CCTV camera, which has a wiper and a heating device to remove moisture and dust, is equipped with solar and wind power generators so that it can operate off-grid.

Hanwha Techwin's CCTV camera monitors volcanic activities in the Reykjavik region located between the Eurasian and North American plates. The camera is operable at high temperatures above 50 degrees Celsius (122 degrees Fahrenheit) and is capable of withstanding strong winds and earthquakes to capture clear images.

"It was a hard job to establish a video solution onto an active volcano but we were able to show off Hanwha Techwin's technical capabilities through the project," an unnamed Hanwha Techwin official said in a statement on July 27. The CCTV footage of Iceland's volcanic activities will be reported worldwide for 24 hours through local media outlets, and the recorded video will be used by geologists for academic purposes.
© Aju Business Daily & www.ajunews.com Copyright: All materials on this site may not be reproduced, distributed, transmitted, displayed, published or broadcast without the authorization from the Aju News Corporation.