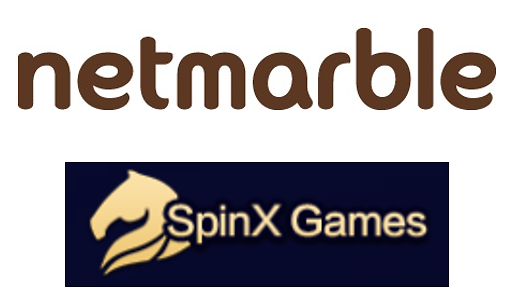 
SEOUL -- Netmarble, a major mobile game developer in South Korea, has set the stage for a diversified game portfolio needed to expand its global presence through a $2.19 billion deal to take over SpinX, a Hong Kong-based company that provides a social casino service where users can play popular casino games like roulette, video poker, slots, and blackjack without betting real money.

In a regulatory filing on August 3, Netmarble said it would borrow some 1.78 trillion won ($1.54 billion) to acquire a 100 percent stake in Leonardo Interactive Holdings, the holding company of SpinX founded in Hong Kong in 2014, while the remainder will be paid in cash.

Through the acquisition of SpinX, Netmarble said it can diversify its game portfolio. Netmarble's main genre, role-playing games (RPG), is relatively unpopular in Europe and North America. "The social casino game genre continues to grow globally, and SpinX is the fastest-growing company in this genre," said Netmarble's co-CEO Lee Seung-won.

In an effort to solve its intellectual property deficiency, Netmarble, which posted some 2.48 trillion won in consolidated sales in 2020, has tried to buy a social casino game company. "With this acquisition, Netmarble can further expand its casual game lineup and diversify its game portfolio by adding a social casino genre to its main genre, RPG, and strengthen its global game competitiveness," Lee said.

Social casino games have seen remarkable growth in overseas markets partly thanks to a COVID-19 pandemic, but they have not been active in South Korea amid underlying concerns over the promotion of gambling, which is basically illegal with only one state-designated casino allowed to accommodate Korean players. There are growing calls from domestic game companies to ease regulations and develop social casinos into a new growth engine.

Netmarble founded by Bang Jun-hyuk has made active investments in a variety of areas. In April 2018, the game publisher acquired a 25.71 percent stake in BTS' management agency founded by Bang Si-hyuk. The two Bangs are related. In 2019, Netmarble acquired a controlling stake in Coway, a water and air purifier maker in South Korea, vowing to jump into the subscription economy that refers to the business of offering subscriptions to consumers.