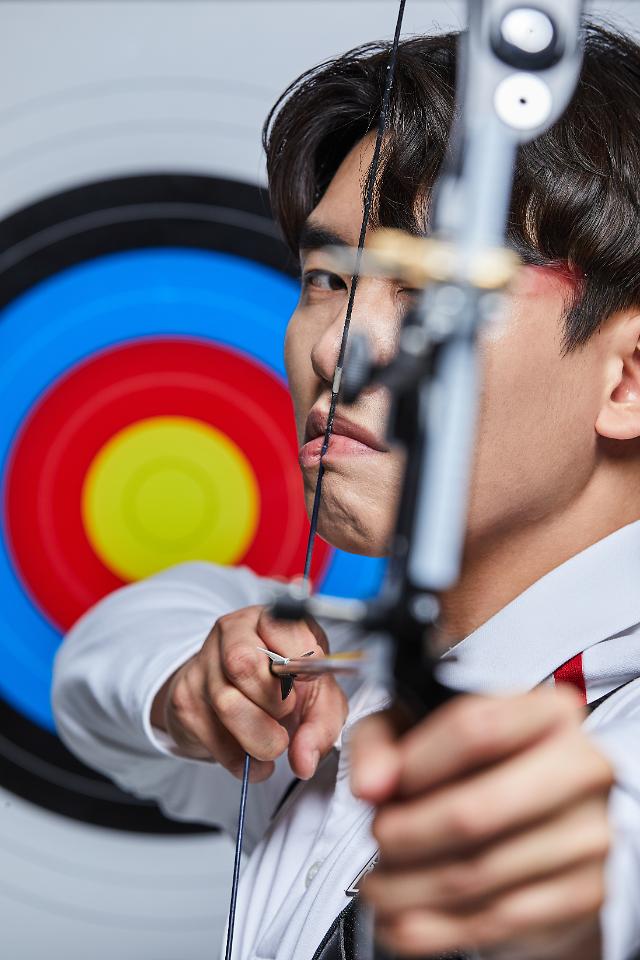 SEOUL -- The outstanding performance of South Korean archers who have dominated the Olympic competition and international champions for decades was attributable to a scientific training program and the transparent selection of a national team, coupled with full and dedicated support from their rich corporate sponsor.

South Korea has dominated archery since the modern archery competition was introduced in 1972, collecting 27 gold medals including four in Tokyo. Since 1988, South Korean women's archery team has never missed an Olympic gold medal, opening a new chapter in the Olympic history on July 25 by securing its ninth consecutive gold medal.

The Korea Archery Association (KAA) has been credited with providing all required equipment and expenses for every single one of the 900 child archers preparing to join the national team. Transparency has been maintained in selecting a national team in an eight-month trial process that has been described as more difficult than the Olympic tournament.

"I think one of the reasons why South Korea is dominant in archery is because of its fair selection system," Seo Geo-won, a former KAA director, said, adding that there was no factional strife or favoritism in the process of selecting a national archer, allowing less experienced athletes to gain more opportunities as long as they prove they can replace their seniors.

The association meticulously monitors deficiencies that appeared in the previous games to make a lengthy and detailed checklist and work out a roadmap for the next Olympics. For the Tokyo Olympics, the association built a replica of the Olympic venue inside a state-run training center and arranged a special training program for archers to adapt to windy conditions and an earthquake during their competition in Japan.

It's not enough to dig into the tricks of South Korea's remarkable Olympic success in archery. The archery association and South Korea's Hyundai auto group have collaboratively strived to overcome the deficiencies that occurred in the 2016 Rio Olympics. Cooperation dates back to 1985 when Hyundai's honorary chairman Chung Mong-koo took the helm of the association.

Hyundai utilized a machine that can automatically check athletes’ heartbeat by analyzing their complexion while pulling an arrow. It records the score when archers shoot the arrow and help them recognize their physical status. Through the company’s deep learning system, which edits videos of archers through AI technologies, archers can consistently monitor their habits.

Other technologies provided by Hyundai included a meditation smartphone app specialized for each player, recording devices that automatically read and store scores using electronic targets based on precision sensors. By displaying scores on the monitor screen in real-time through wireless communication, players and coaches can effectively check scores and even save the hit location of arrows to be used as big data.

A deep learning vision artificial intelligence coach automatically edited training videos to facilitate analysis. Deep-learning vision computing was used to detect the movement of players through thousands of motion images so that players and coaches can intensively analyze habits and weaknesses through optimized editing videos and improved performance.

Hyundai has provided high-end camping beds and chairs so that players can rest as comfortably as possible in the waiting room. Players were given a new uniform capable of mitigating the influence of the scorching sun and high temperatures as well as customized grips that fit the hands of players using 3D scanners and 3D printing technology. For the Tokyo event, diversified grip new materials were used depending on the player's preference, such as a combination of aluminum and polyamide, waterproof materials used as automotive parts, urethane and wood.
© Aju Business Daily & www.ajunews.com Copyright: All materials on this site may not be reproduced, distributed, transmitted, displayed, published or broadcast without the authorization from the Aju News Corporation.