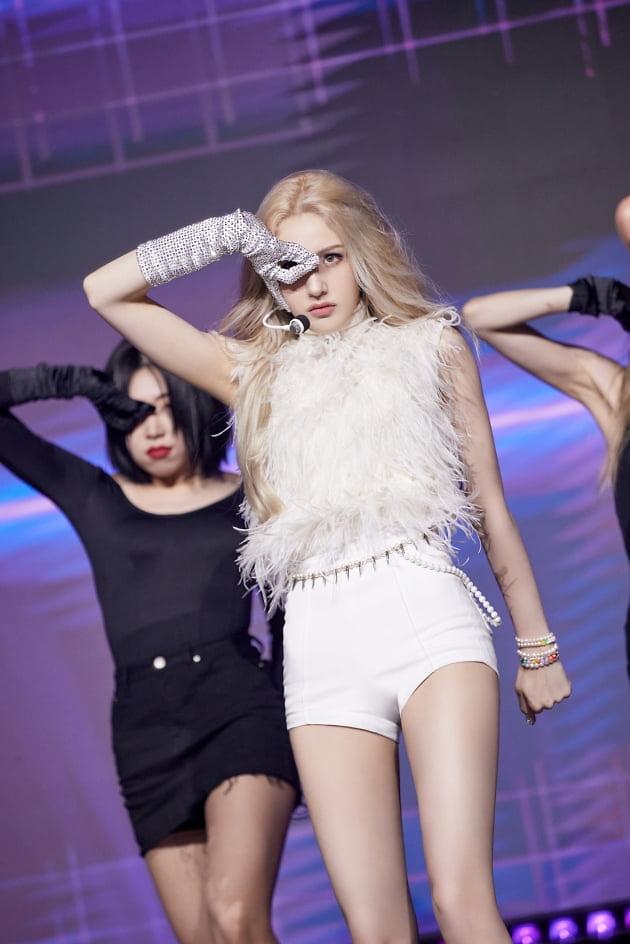 [Courtesy of The Black Label]

DUMB DUMB racked up over 10 million views in less than 24 hours of its release. As of 2:45 p.m. Wednesday, the music video has garnered more than 15 million views. The single has also gained popularity abroad, making it into the top 10 in ten countries including Indonesia, Thailand and Malaysia.

Unlike the beginning of the track, where Jeon portrays genuine aspects of a young girl who wants to be loved by her boyfriend, the chorus where she says "I dance on the top of your head, you dumb, dumb" presents a sassy image with strong beats.

"JYP didn't see how much talent Somi has. So bad for them," said Jadey, a YouTube user. Jeon joined girl group I.O.I in 2016 at the age of 18 after participating in an audition show titled "Produce 101" when she was a JYP Entertainment trainee. Due to the project band's disbandment in 2017, she terminated the contract with her company in August 2018 and joined Black Label a month later.