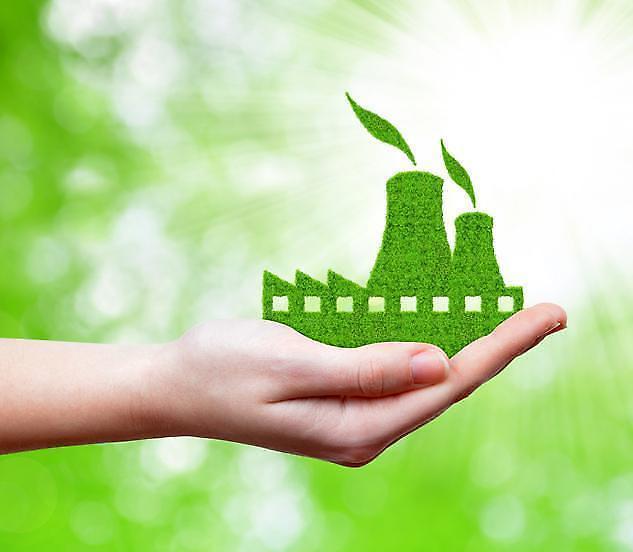 
SEOUL -- A draft road map presented by a special presidential committee contained a broad national goal to achieve net-zero carbon dioxide emissions by 2050 in response to a global agenda for fighting climate change. Economic groups acknowledged the need for specific action plans but opposed any radical steps that could undermine the competitiveness of South Korean industries.

The committee chaired by Yun Sun-jin, a Seoul National University professor, serves as the control tower of South Korea's campaign to reduce greenhouse gas emissions. The government of President Moon Jae-in would produce a final road map in October and push for an energy transition based on carbon capture and utilization technology.

By 2050, the road map called for eliminating greenhouse gas by more than 96.3 percent, jacking up the rate of power generation using renewable energy to a maximum of 70.8 percent. The rate of nuclear energy usage would stand between 6.1 percent and 7.2 percent, compared to 23.4 percent in 2018.

The committee suggested that South Korea will be able to collect, utilize and store up to 95 million tons of carbon. However, Yun proposed a flexible approach in sustaining some fossil fuel generation facilities, citing green policies in European countries. "For the early abolition of coal power generation, legal grounds and compensation measures should be prepared based on social consensus," he told a press briefing on August 5.

Economic groups led by the Federation of Korean Industries (FKI), an influential lobby group of family-run conglomerates known as chaebol, expressed concern about excessive reduction targets. "If excessive goals are set in South Korea, which has a manufacturing-oriented industrial structure, there are concerns about job losses and a decline in international competitiveness," the federation said in a statement.

The federation urged the government to reconsider Moon's strong "nuclear-exit" policy of phasing out nuclear power plants and decrease the number of nuclear power plants from 24 to 14 in 2038. South Korea, which has almost no reserves of fossil fuels on its territory, has pushed for a nuclear energy program, but Japan's 2011 nuclear meltdown in Fukushima drew unwelcome attention to the use of nuclear energy.

"Major countries such as the U.S. and Japan will actively use nuclear power as a means to supply power stably without emitting greenhouse gases," FKI said, insisting South Korea should utilize nuclear power plants in its energy transition scheme.

The Korea Petroleum Association highlighted uncertainty and time-consuming efforts in developing and commercializing future technologies. "We need  flexibility to meet national interests and conditions rather than excessive reduction."