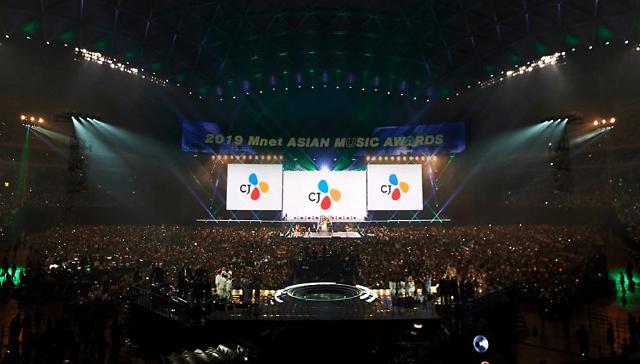 SEOUL -- Lynda Obst, an American feature film producer and author known for "Interstellar," a 2014 science-fiction drama, will join a project launched by CJ ENM, the South Korean entertainment group that produced the Oscar-winning 2020 film "Parasite," to make a new movie based on K-pop targeting the global market.

CJ ENM said the fresh film would reflect the world's high interest in K-pop and Hallyu (Korean cultural wave) content and the trend of multiculturalism. "As it is an ambitious global project, we will do our best to make a high-quality movie that can meet the expectations of the audience," the company said in a statement on August 10.

Obst will work with her South Korean partner, Yoon Je-kyun, who directed "Haeundae ( 2009) and "Ode to My Fater (2014)" for CJ ENM's project to release the film tentatively titled "K-Pop: Lost in America" probably in 2023. Haeundae has been billed as South Korea's first disaster film nominated for several awards.

Yoon would cast Hallyu stars as well as Hollywood and pop icons to make a movie that can satisfy audiences around the world. The film's pre-production stage begins in August with an audition to pick the main actors who would play the role of a boy band. CJ ENM said its ability to produce content would be combined with proven know-how from Obst and Yoon to make a global hit.

The K-pop movie is designed to help talented Korean creators enter the overseas market and enhance the value of K-pop and other K-content, said CJ ENM, which has launched an aggressive push for content production through cooperation with global players such as Netflix, the world's top over-the-top service.