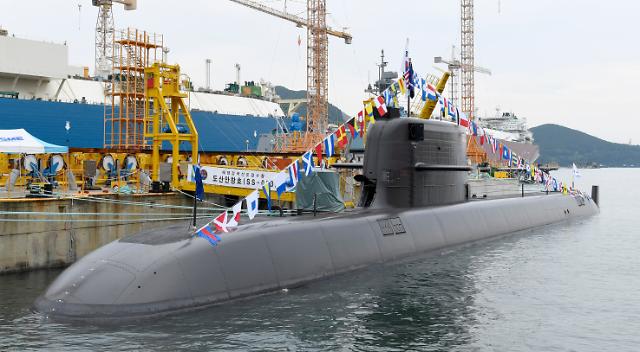 SEOUL -- South Korea's first 3,000-ton submarine capable of firing ballistic missiles was delivered for naval missions. It will be deployed in August 2022 after a year of operational capability assessment. Details on its weapons system were not disclosed, but military experts say the new submarine has six vertical launchers for submarine-launched ballistic missiles (SLBMs).

The diesel-electric submarine named "Dosan Ahn Chang-ho" joined South Korea's naval submarine fleet after a ceremony on August 13 at the shipyard of Daewoo Shipbuilding & Marine Engineering (DSME). The submarine can sail at a maximum speed of 37 kilometers per hour with about 50 people aboard.

The 3,000-ton submarine is 83.5 meters long and 9.6 meters wide. South Korea has built 1,200-ton and 1,800-ton diesel-electric submarines with technical help from Germany’s Howaldtswerke-Deutsche Werft. Through the third phase, submarines of 3,000 tons or more are to be built. The development of a diesel-electric submarine equipped with lithium-ion batteries as a power source is underway.