A LiDAR sensor uses laser beams to measure the distance between the sensor and its target object. Such sensors are widely used by industrial and autonomous driving sectors. 3D scanning uses eye-safe laser beams to create a 3D representation of the surveyed environment. 2D LiDAR sensors are suitable for performing detection and ranging tasks on surfaces because they are more portable and efficient than 3D LiDAR sensors.

When semiconductor wafers are produced and transferred to another section of a manufacturing facility, it is carried by an autonomous rail-based overhead hoist transport (OHT) system. 2D LiDAR sensors are used to prevent OHT equipment from colliding with each other or other obstacles. Each OHT system requires up to four sensors. 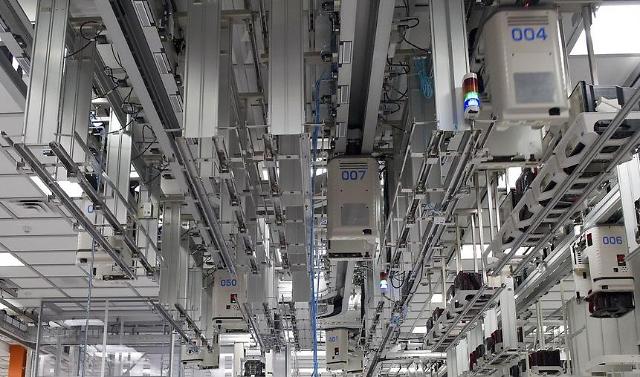 "Through this development, it will be possible to more stably protect the domestic semiconductor ecosystem from changes in the external environment, such as Japan's tightening of export regulations," KIMM researcher Ha Chang-wan said in a statement on August 17.

South Korea with an automated smart factory market is growing at an annual average growth rate of about 10 percent to reach about $12.7 billion in 2022. KIMM said its localized LiDAR sensor would replace annual imports of about 4,000 sensor units for semiconductor wafer transfer equipment. KIMM's technology can also be used in other industries including the autonomous driving industry and smart infrastructure industry.