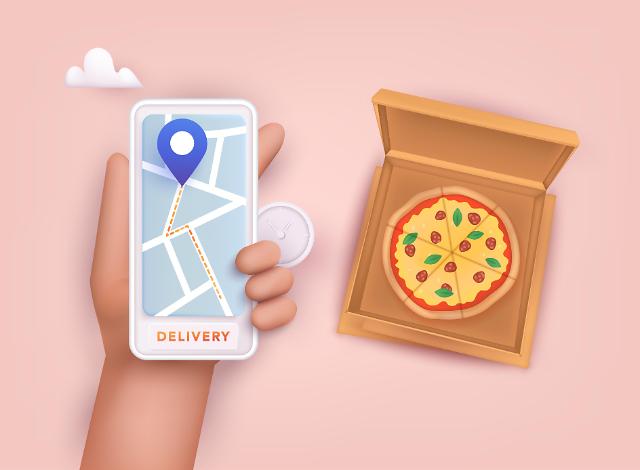 SEOUL -- In a state-sponsored pilot project aimed at rolling out a commercial service, citizens in South Korea's central administrative city of Sejong can receive pizza delivered by drones using smartphone apps from their homes without risking the infection of COVID-19 at offline stores. If successful, the pilot service would lead to the first commercial food delivery service using drones in urban areas in South Korea.

The pilot service through an app called Domino's Pizza of Korea will begin on August 21 around a lake park near an apartment complex in Sejong, about 110 kilometers (68 miles) south of Seoul. Citizens can order pizza by drones just for five hours from an hour after noon every Saturday and Sunday until October 31. An unauthorized drone flight will be fined one million won ($848).

The drone delivery service is the result of cooperation among the Ministry of Land, Infrastructure and Transport, the South Korean branch of Domino's Pizza and Pilot Square, a domestic drone company. Sejong City has been selected as a drone liberalization zone to promote the commercialization of drones.

"This will be the first commercialization of a food drone delivery service," Kang Pil-don, an assistant director at the ministry, told Aju Business Daily. He said that two drones featuring an automatic landing function would be used with one extra drone on standby for malfunction. The ministry has picked a relatively safe area with no high or artificial obstacles such as buildings.

Security is the foremost concern with the scope of drone delivery limited to visitors to the lake park which is about 2.5 km away from a pizza outlet. "The service will be restricted to visitors at the lake park," Kang said, adding security personnel would be deployed on the site to monitor and prevent accidents.

The drone delivery in Sejong takes up to nine minutes and users can check the location of drones in real-time using their smartphone app. Users will receive a password when they order pizza and are required to use it upon receiving pizza to avoid loss or theft.

Due to their optical equipment including cameras, radars and thermal imaging sensors, drones are mostly used to replace the dangerous roles of soldiers and rescuers. For security and safety reasons, South Korea is cautious in introducing drone delivery services, although there have been many one-off demonstrations to carry parcels to remote villages on islands and hard-to-reach places.

The ministry has designated 33 areas for special zones to foster the domestic drone industry. In 2016, Yogiyo, a food delivery company in South Korea, succeeded in the first test delivery drone service in Incheon some 30 km west of Seoul, delivering some popular Korean street foods such as spicy rice cake. Yogiyo has yet to commercialize the drone delivery service due to safety issues and legal restrictions.

South Korea's first commercial drone delivery service began in the southern port city of Busan in February 2021 to carry lightweight parcels from docks to ships. For a short-distance service, drones were allowed to carry SIM cards, documents, hygiene products and necessities to a ship.