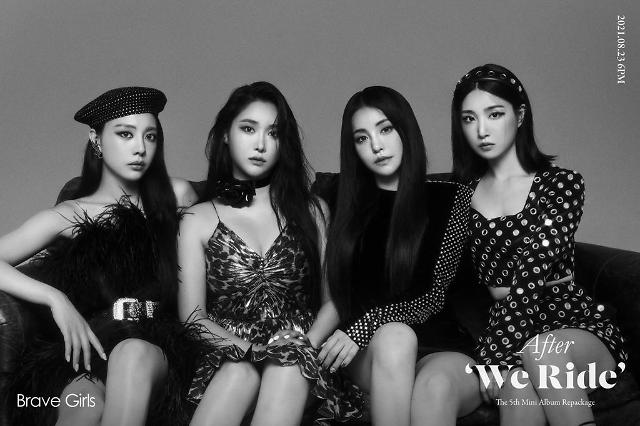 SEOUL -- Brave Girls, a four-member K-pop girl band, has released its first repackaged album. The album is the repackaged version of Summer Queen, the group's fifth mini-album. The band unexpectedly stepped into the spotlight with single dance track "Rollin'" in February 2021, 10 years after its debut.

Brave Entertainment, the label that manages Brave Girls, said on August 23 that the group showcased its new album on Naver NOW, an audio streaming service operated by web service giant Naver. The repackaged album has four songs including the title song "Drinking Habits" and the acoustic version of "Chi Mat Ba Ram."

Drinking Habits is a pop-rock song that depicts the emotion of a girl who broke up with her boyfriend. The song is a sequel to "We Ride," a song released in August 2020.

Since its debut in 2011, the group has not gained fame as a famous girl band for about 10 years. The obscure group maintained its musical career mainly by performing in confidence-boosting concerts inside military bases. Although there were seven members in 2017, only four members remained in 2018. Despite its obscurity, the member has not disbanded thanks to its 2017 single Rollin'.