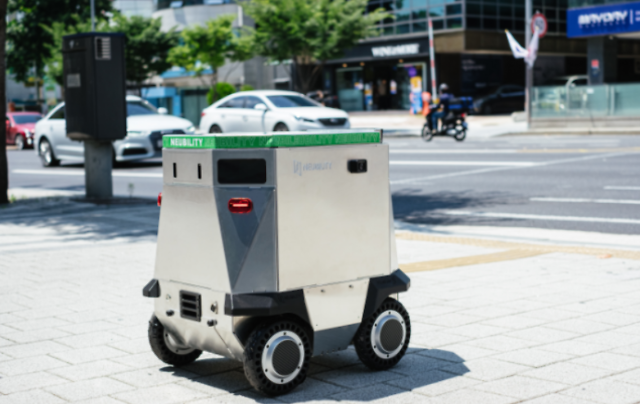 Korea Seven said on August 26 that it signed a cooperation agreement with Neubility to commercialize Neubie, an autonomous robot in Seoul and its surrounding cities by the end of 2021. The robots operate using its cameras, which only cost one-tenth of a light detection and ranging (LiDAR) device.

Neubie robots can easily carry out delivery missions even in complex urban areas regardless of weather conditions. It is hard for autonomous robots to operate in Seoul's southern district of Gangnam filled with skyscrapers. Their GPS-based self-driving system may not work properly because satellite signals are blocked by hulking buildings. However, Neubie robots can avoid obstacles and navigate to their destination using cameras and sensors.

"The two companies will cooperate to build a model for next-generation delivery service that brings convenience to store management as well as increased profits," Choi Kyung-ho, CEO of 7-Eleven in South Korea was quoted as saying.