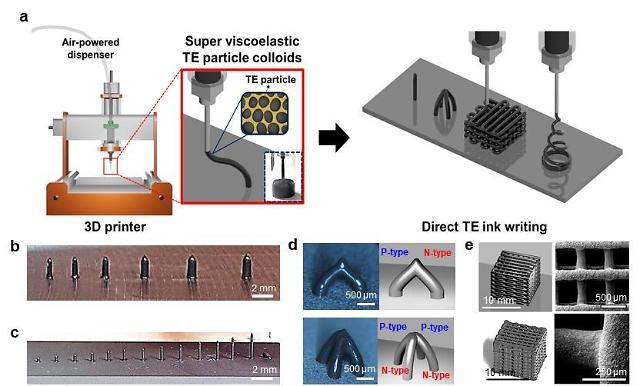 SEOUL -- A state research body has developed a 3D printing technique that can create thermoelectric modules that are about the size of a small pea. The tiny thermoelectric generating unit is very affordable and can be used in small devices. A thermoelectric generator is a solid-state device that converts heat flux (differences in temperatures) directly into electrical energy and enables the collection of lost heat energy to create electricity.

Thermoelectric modules are largely used in extreme environments to power micro sensors and other devices that require little electricity. Thermoelectric devices are also effective in cooling extra small electrical devices in confined places because they cool down the device they are attached to during the heat-electricity conversion process. Normally, thermoelectric modules are in the shapes of long filaments or sandwich panels to increase the surface area and maximize their generating ability.