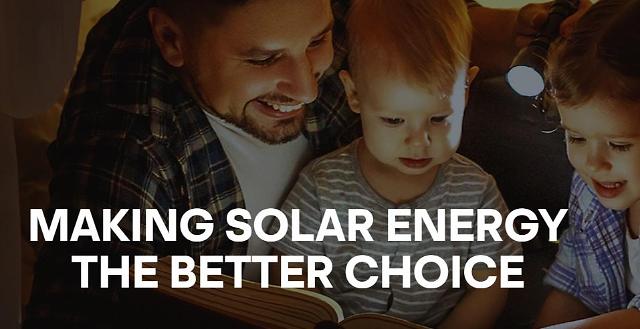 
SEOUL -- Hanwha Q Cells, a manufacturer of photovoltaic solar cells, earmarked 1.5 trillion won ($1.28 billion) for investment in production line conversion and research into new solar energy technologies such as tandem cells that build perovskite on top of silicon solar cells. Tandem solar cells can be individual cells or connected in series, which are simpler to fabricate but the current is the same through each cell.

The investment will be used to boost the production capacity of solar cells and modules to 7.6 gigawatts per year by 2025. "With this investment, we will strengthen our leading industry position while securing competitiveness in the domestic solar industry," said Hanwha Q Cells CEO Lee Koo-yung.

A perovskite solar cell includes a perovskite structured compound as the light-harvesting active layer. The high absorption coefficient of perovskite solar cells enables ultrathin films to absorb the complete visible solar spectrum, leading to the creation of low-cost, efficient, thin and flexible solar modules. Perovskite derivatives have been investigated to overcome instability issues with lead-based organic perovskite materials in ambient air and reduce the use of lead.

Researchers have introduced various methods to improve conversion efficiency. In September 2020, researchers from the Ulsan National Institute of Science and Technology (UNIST) and the Korea Institute of Energy Research (KIER) fabricated perovskite solar cells by synthesizing hydrophobic fluorinated analogs of the complex organic molecule as hole-transporting materials that have the favorable shifting of the electronic state for hole extractions. A champion device had a certified power conversion efficiency of 24.8 percent.

In April 2021, researchers from UNIST, KIER and the Institute of Chemical Sciences and Engineering (EPFL) in Lausanne set a new record of 25.6 percent in the power conversion efficiency of perovskite solar cells by introducing an anion engineering concept that uses pseudo-halide anion formate to suppress anion-vacancy defects and augment crystallinity. As a result, solar cell devices attained an efficiency of 25.6 percent and showed long-term operational stability.