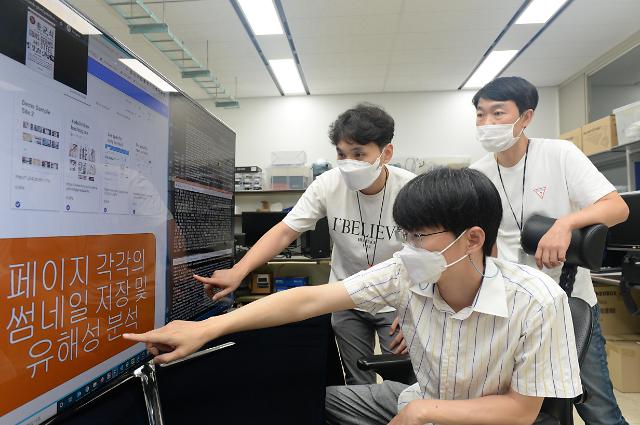 The Electronics and Telecommunications Research Institute (ETRI) said in a press release on September 9 that its research team has worked with other companies and organizations including South Korea's top mobile carrier SK Telecom and Pandora TV, a web video streaming service operator, to develop the AI-based system that can autonomously search the web and determine whether a website contains sexually explicit content.

ETRI said that the AI system's detection efficiency has been greatly upgraded. "This system is very efficient with more than 99.4 percent accuracy. It takes less than 0.01 seconds to detect explicit content," an unnamed researcher was quoted as saying. The system can search websites based on keywords. When suspicious websites are found, it will analyze content.

In a two-month test from June 2021, the AI-based system detected 18,945 suspected websites using keywords, thumbnail images and web addresses. It was able to filter some 2,600 websites that actually had harmful content. "This AI technology will be resourceful when helping the victims of online sex crimes. We will continue to minimize the damage and distribution of illegally filmed content," said ETRI's media intellectualization lab team head Lee Nam-kyung.