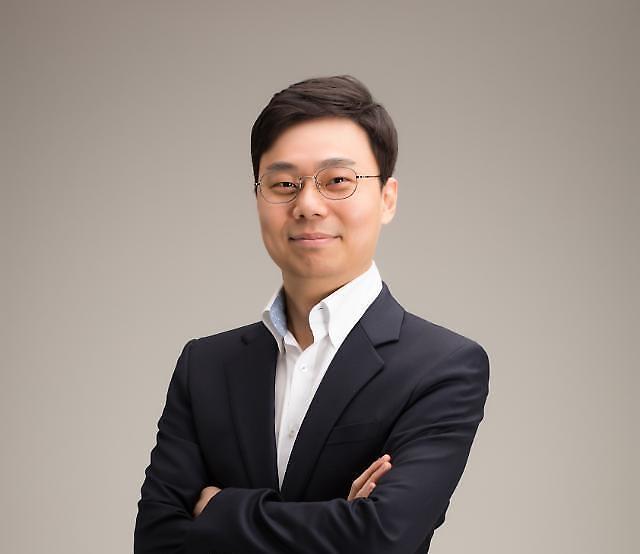 SEOUL -- Buoyed by the successful debut of its webtoon service, a digital content and entertainment subsidiary of South Korea's major web service and IT group Kakao presented the goal of establishing a "K-story Global Silkroad" led by web cartoons to go beyond Asia to Europe and the United States by stepping up efforts to expand its presence in the global content market.

"The vision of Kakao Webtoon is to build a global silk road for K-story," Kakao Entertainment's overseas business head Jayden Kang said at the Good Growth Global Forum (GGGF) in Seoul on September 9. "We will build webtoons as a global language," he said, adding his company would build an ecosystem that coexists with global creators, increase the number of countries that enter overseas, improve translation quality, and make efforts to prevent illegal distribution.

Kakao Webtoon, which was launched first in Thailand and Taiwan in early June, made its successful debut in the domestic market in August by applying dynamic structure to its introduction screen and teaser video. The images of characters seem to be alive and moving. Artificial intelligence lists new recommendations on the main screen.

Kang described webtoons as content that would lead the next generation of Hallyu (Korean cultural wave) following K-pop, dramas, and movies. Kakao's Japanese webtoon platform Piccoma ranks first in sales of non-game apps in Japan's two major app markets. Korean webtoons account for only two percent of Piccoma but generate more than 40 percent of sales in an unusual achievement in Japan, which has been considered one of the world's leading countries in cartoons.

"For the globalization of webtoons, we need to introduce the best translation suitable for the emotions of local customers," Kang said, calling for efforts to create an organic ecosystem with local creators. "This is the starting point of global innovation pursued by Kakao Entertainment."

In May, Kakao Entertainment acquired Tapas Media, an American snack culture content provider known as "YouTube of Comics," and Radish Media, a U.S.-based web novel platform, in a deal aimed at expanding its content competitiveness abroad, especially in North America. Kakao Entertainment has maintained ties with Tapas by securing a 21.68 percent stake in 2020. Radish's original stories will be reborn into TV series, movies, games and digital comics.

South Korean webtoon companies have tried to expand their presence abroad, especially in the American market. Kakao and its domestic rival, Naver, have diversified their business portfolio to cover entertainment, web cartoons and content services while acting as key players in developing new technologies.